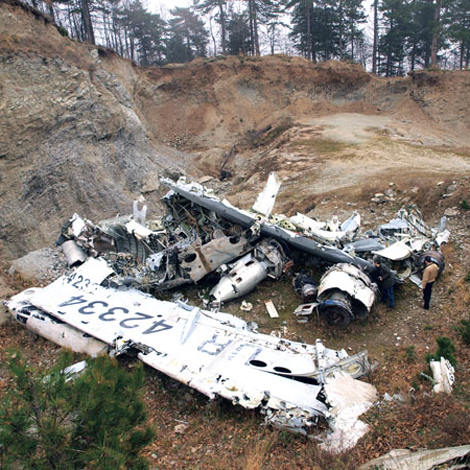 The flight was approaching by VOR/ILS procedure, for landing on runway 16.

Executing the missed approach procedure, due to having not the runway in sight, following a path of significant deviation from the anticipated one, crashed onto mountainous terrain of Katerini with result the death of all occupants and the total loss of the aircraft.

The many causes of the accident were listed as follows :

The Captain of Aerostat Airlines flight AEW241 failed to achieve maximum performance climb in response to the GPWS alarm signal, 30″ prior to impact