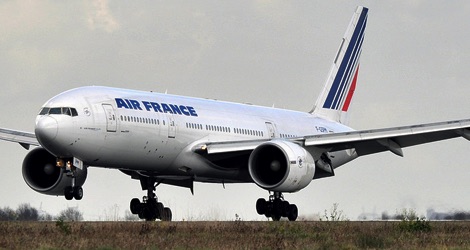 At 8 h 48 Air France flight AF22 took off from Paris Charles de Gaulle airport for New York J.F. Kennedy one and a half hours late. About 30 minutes later he was cleared to follow a route in oceanic airspace, which he estimated entering at 10 h 27.

At about 10 h 00, the Captain of Air France flight AF22 felt ill. At the crew’s request, a doctor who was a passenger carried out an initial check-up. The operator’s operational coordination centre (OCC) was not informed of this.

The Captain of Air France flight AF22 stayed on the flight deck and decided to continue the flight.

The aeroplane was 80 NM from Shannon.

At 10 h 27, Air France flight AF22 entered oceanic airspace. The crew received several METAR updates from the two ETOPS alternate airports (Shannon in Ireland and Gander in Canada) and from Keflavik in Iceland.

At about 11 h 30, the Captain felt some abdominal pain. The doctor’s presence was again requested. The aeroplane was 760 NM from Shannon and 585 NM south of Keflavik.

At 11 h 42, the crew decided to re-route to Keflavik airport, the nearest. In HF radio contact with Gander ATC, the co-pilot transmitted a Mayday because of medical distress on board.

At 11 h 50, the co-pilot of Air France flight AF22 informed the OCC. The Captain remained in the pilot’s seat. He was taken care of by the chief purser and the doctor.

During the descent an improvement in the Captain’s condition allowed him to assume the duties of PNF.

At 13 h 13, the co-pilot landed at Keflavik on runway 02. At the gate, the medical service evacuated the Captain. The cabin crew carried out normal passenger disembarkation.

The serious incident was due to the Captain suffering abdominal pain in flight, the symptoms of which had not been noticed before undertaking the flight.

The investigation could not determine the exact nature of the Captain’s pains.

The BEA has published an Incidents in Air Transport bulletin (ITA n°12, in French language) with flight crew incapacity as its theme.

The diversion was initiated as a doctor (cardiologist) feared a haemorrhage. He was called on by the cabin crew. The crew decided on the diversion but did not inform the OCC of this. The latter could have contributed, whether for the diversion strategy or medical assistance (emergency services).

Responsibility for the conduct of the flight was not the subject of an explicit transfer of Captaincy. No information was forthcoming as to whether the Captain had been partially or totally deprived of his faculties during his discomfort or if he had recovered them when he assumed the role of PNF. In this situation, there was a risk for the co-pilot of a partial takeover of the Captain’s duty and of deferral to the authority of the Captain, still present on the flight deck.

The operator’s documentation is imprecise on the transfer of responsibilities and this favours situations like this incident. Likewise, the procedure for those taken ill on board is more concerned with passengers than with members of the flight crew.