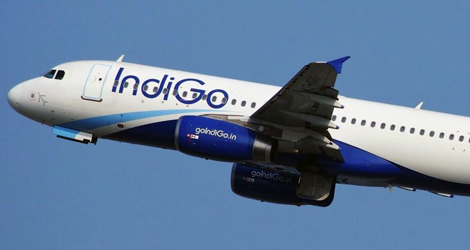 On 14th December 2016, Indigo flight 6E201 operated with an Airbus A320-232 (VT-IGK) was involved in hard landing incident during landing at Swami Vivekananda Airport, Raipur, while operating a scheduled from Delhi to Raipur.

Indigo flight 6E201 took-off from Delhi at 13:08 Hrs to Raipur.
The flight was planned for SLF (Supervised Line Flying).
The controls were with the First Officer. The approach to runway 24 was made ILS.
The aircraft was properly configured and approach was normal with minor deviations till 50 ft of Radio Altitude.

Passing 50 ft the PIC of Indigo flight 6E201 noticed weak flare and advised the First Officer to correct it.

Weather was normal at Raipur. Visibility was 6 Km with minor variation in wind direction from 070 to 040 and wind speed 08 kts to 05 kts.

The incident was occurred due to inadequate flare by the co-pilot during landing.
Delayed decision by the PIC and not initiating the go-around timely are the contributory factors to the incident.