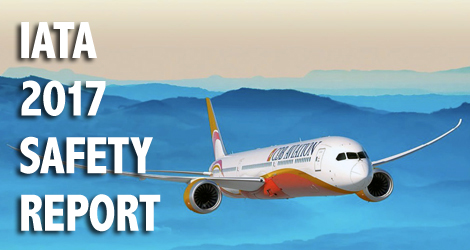 2017 IATA Safety Report has been released as usual during the month of April and it’s one of the most comprehensive report about worldwide aviation safety : it’s worth to mention also the ICAO one and the one issued by the two major airplane manufacturers , Airbus and Boeing.

“While it is easy to be seduced by what has been called the safest year on record, the data in this report indicates that there is room for significant improvement in worldwide industry safety. Areas for improvement include regions with accident rates above the global average, types of operation (such as cargo), older generation turboprops, and notably, operations that do not adhere to the standards of the IATA Operational Safety Audits (IOSA).”

A very interesting fact from 2017 IATA Safety Report is the following :

“Turboprop operations accounted for 20% of all sectors flown last year, yet represented 44% of all accidents and 83% of all fatal accidents.” 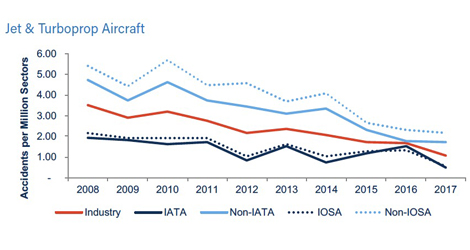 Another safety issue that persists is about “accidents in the runway […] : there were 17 Runway Excursions, albeit with zero fatalities, indicating an area where further improvements can be made.”

In 2017 IATA safety report are carefully reviewed the categories with fatalities :

The accident categories with no fatalities in 2017 were:

The ASPAC region and ASPAC-based operators had the highest total number of accidents, 82 and 81 respectively. This represents 24% of the total accidents worldwide in the last five years. Indonesian operators had 23 accidents in the period 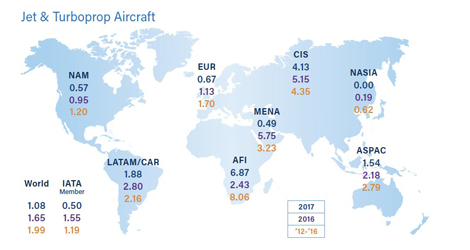 Some other interesting numbers from 2017 IATA safety report :

Korean Air flight KAL769 was operated by Korean Air Lines co Ltd and took off from Incheon International Airport (Seoul, the Republic of Korea) on January 6, 2007 (Saturday), and made an approach to Runway 10 of Akita Airport (Akita Japan), its destination, but landed...
Read More

The Wizz Air flight W6524 incident took place during a flight between Västerås, Sweden and Poznan, Poland: the flight was operated with an Airbus A320-233 (registration HA-LPB). During cruise of WIZZ AIR flight W6524 , over the southern part of the province of...
Read More

West Air Sweden flight SWN294 crashed on 8 January 2016 during a commercial cargo flight from Oslo/Gardermoen Airport (ENGM) to Tromsø/Langnes Airport (ENTC) and involved an aeroplane of the model CL-600-2B19, manufactured by Bombardier Inc. The aeroplane was operated...
Read More

Boeing 747 , N739PA, arrived at London Heathrow Airport from San Francisco and parked on stand Kilo 14, to the south-east of Terminal 3. Many of the passengers for this aircraft had arrived at Heathrow from Frankfurt, West Germany on a Boeing 727, which was positioned...
Read More