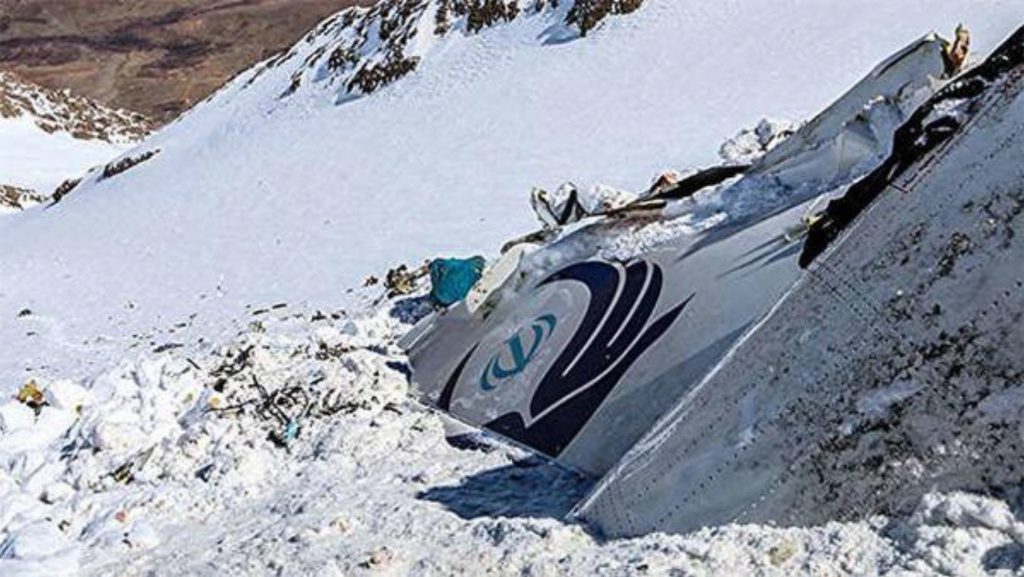 The aircraft took off from Tehran Mehrabad International Airport (OIII) at 04:35 UTC. (08:05 LMT) and the flight was the first flight of the day for aircraft and the crew.

The cruise flight of Iran Aseman Airlines flight IRC3704 was conducted at FL210 on airway W144 and no abnormal situation was reported by the crew and the flight was continued on Tehran ACC frequency till the time the first officer requested latest weather information of the destination by contact to Yasouj tower then requested to leave FL210 to FL170 from Tehran ACC.

The aircraft was approved to join overhead of the airport and perform “circling NDB approach “to land on RWY 31 at the destination aerodrome.

Finally the aircraft collided with a peak lee of Dena Mountains about 8.5 miles at North far from the airport and involved accident on 06:01 UTC.

Iran Aseman Airlines flight IRC3704 was completely destroyed as a result of collision with the mountain at the altitude of approximately 13300 ft.

At 05:52, the crew of Iran Aseman Airlines flight IRC3704 reported OBTUX position and aircraft was cleared to descend to FL170 by Teheran ACC.

At 05:53, the aircraft was delivered to Yasouj tower and released to join the approach according to the approach chart. The crew answered “continues to overhead on FL150 and we will get out from clouds”

At 05:55, the aircraft disappeared from the Tehran ACC radar coverage due to limit of coverage in mountainous area .The latest recorded radar altitude was FL186. Then, the pilot began to speak with new controller (Aeronautical Deputy of Airport) about the weather and navigational aids of the airport and reported “NDB is not working based on NOTAM”. ATC continued to describe about the situation of DME on NDB, DVOR systems.

At 05:59, the crew reported 14 NM Yasouj DME and not receiving DME from NDB. Yasouj tower controller indicated that LH downwind and base leg were mostly clear of clouds.

At 06:00, Yasouj tower communicated corrected QNH 1021, which was acknowledged by the Captain. This was the latest communication between flight and airport tower.

The Iran Aseman Airlines flight IRC3704  happened due to many chains of considered causes but the “Human Factor” had main role for the conclusion of the scenario.

The Cockpit Crew action which has caused dangerous conditions for the flight is considered as main cause.

Based on provided evidences, the errors of cockpit crew were as follows:

The contributive factors to this accident include but are not limited to the following: