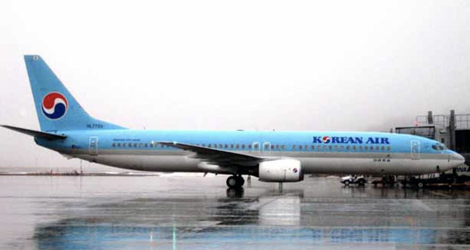 Korean Air flight KAL769 was operated by Korean Air Lines co Ltd and took off from Incheon International Airport (Seoul, the Republic of Korea) on January 6, 2007 (Saturday), and made an approach to Runway 10 of Akita Airport (Akita Japan), its destination, but landed on a parallel taxiway located south side of Runway 10 at about 12:16

Of the total of 133 persons on board, consisting of the captain, the first officer, seven other crew members and 124 passengers, no one was injured, and there was no damage to the aircraft.

It is estimated that Korean Air flight KAL769 serious incident was caused by that the captain and the first officer made a landing by misidentifying the parallel taxiway for the runway.

Concerning this misidentification, such factors are considered contributory as forgetting and failing to reconfirm the relative location between the runway and the taxiway, deterioration of local visibility under the visual meteorological condition and the lack of knowledge about the fact that VOR No.1 approach course runs in parallel with the runway.

In addition, it is considered that captain’s mistaken belief that the FDGC in the HUD display had indicated direction to the runway was also a contributory factor.