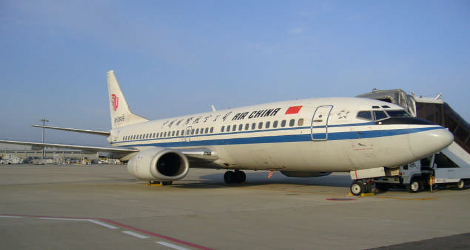 At about 19:19 JST (Japan Standard Time, unless otherwise stated all times are indicated in JST, UTC+9h), while flying at an altitude of about 31,400 ft above Matsue City, Shimane Prefecture, the aircraft was shaken, and a passenger who was walking in the aisle in the aft cabin section was seriously injured.

There were 73 people on board Air China flight CA161 , consisting of the PIC, 10 other crew members, and 62 passengers.

The Boeing B737 of Air China flight CA161 was not damaged.

It is considered highly probable that the accident occurred as follows:

While the Aircraft was making its landing descent in an area involving vertical wind shear, Air China flight CA161 was shaken due to the partially excessive control inputs executed by the Second PIC that followed the disengagement of the A/P.

Therefore, the passenger who was walking in the aisle at that time lost her balance and strongly hit her abdomen against an object, resulting in a serious injury.