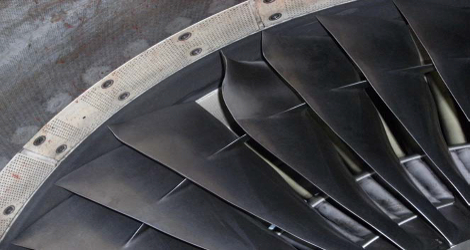 The Boeing B737 registered G-OBMP and operated by BMIBaby departed from Runway (RWY) 09 at EIKN at 14.20 hrs on a scheduled passenger flight to Manchester, U.K. (EGCC). The First Officer was the Pilot Flying. The Commander, who was the Pilot Monitoring, reported to the Investigation that, just as he called “V1” , a flock of birds rose from the edge of the runway.

The Commander of BMIBABY flight G-OBMP called “Rotate” and just at that moment the aircraft hit the birds “head on”.

The crew continued to climb straight ahead and noted an increase in vibration indications on No. 1 engine, up to approximately 2.0 units. The Commander stated that, as the aircraft climbed through FL70 to FL100, the vibration indications increased to between 3.0 to 3.5 units. The BMIBABY flight G-OBMP crew reported no other abnormal indications. The cabin crew reported unusual smells in the cabin and significant vibrations on the left side of the aircraft. Air Traffic Control (ATC) confirmed to the crew that dead birds had been found on the runway. The Commander decided to divert to EINN. The aircraft climbed to FL160 en route to EINN. The crew kept both engines operating and made a normal approach and landing at EINN, touching down at 14.47 hrs without further incident.

After arrival were found damage to both engines as a result of multiple bird strikes.

Cause of the incident was :

The BRITISH MIDLAND flight G-MEDJ suffered an electrical malfunction during a scheduled night flight between Khartoum (Sudan) and Beirut (Lebanon). The more significant symptoms included the intermittent failure of the captain and co-pilot’s electronic displays and...
Read More