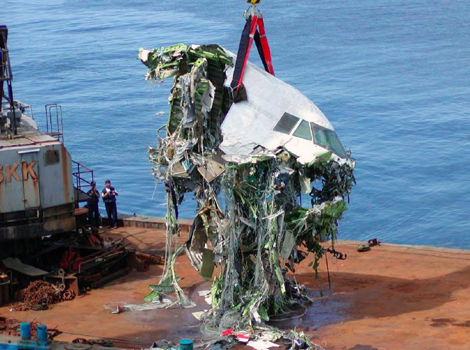 China Airlines flight CI611 was operating in accordance with ROC Civil Aviation Administration (CAA) regulations. The captain (Crew Member-1, CM-1) reported for duty at 13052, at the CAL CKS Airport Dispatch Office and was briefed by the duty dispatcher for about 20 minutes, including Notices to Airmen (NOTAM) regarding the TPE Flight Information Region (FIR).

The aircraft was prepared for departure with two pilots, one flight engineer, 16 cabin crewmembers, and 206 passengers aboard.

The takeoff and initial climb of China Airlines flight CI611 were normal.

The flight contacted Taipei Approach at 1508:53, and at 1510:34, Taipei Approach instructed CI611 to fly direct to CHALI3. At 1512:12, CM-3 contacted China Airlines Operations with the time off-blocks, time airborne, and estimated time of arrival at Chek Lap Kok airport. At 1516:24, the Taipei Area Control Center controller instructed CI611 to continue its climb to flight level 350, and to maintain that altitude while flying from CHALI direct to KADLO .

The acknowledgment of this transmission, at 1516:31, was the last radio transmission received from China Airlines flight CI611.

An immediate search and rescue operation was initiated. At 1800, floating wreckage was sighted on the sea in the area 23 nautical miles northeast of Makung, Penghu Islands.