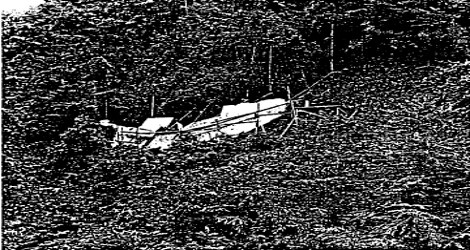 Japan Airlines Flight JAL123 , during a flight from Tokyo to Osaka scheduled as flight JAL123 on August 12, 1985, experienced an emergency at approximately 18:25 hours when approaching east coast of Southern Izu Peninsula, and after a continued flight of about 30 minutes the aircraft crashed among mountains in Ueno Village, Tano Gun, Gunma Prefecture at approximately 18:56 hours.

On board the aircraft were 509 passengers (including 12 infants) and a crew of 15 : 524 persons in total, of which 520 persons (505 passengers and 15 crew members) were killed, and 4 passengers seriously injured. 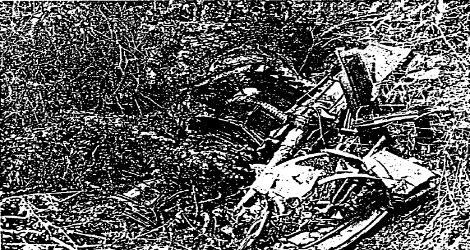 The aircraft was destroyed and fire occurred.

It is estimated that Japan Airlines Flight JAL123 accident was caused by deterioration of flying quality and loss of primary flight control functions due to rupture of the aft pressure bulkhead of the aircraft, and the subsequent ruptures of a part of the fuselage tail, vertical fin and hydraulical flight control systems.

The reason why the aft pressure bulkhead was ruptured in flight is estimated to be that the strength of the said bulkhead was reduced due to fatigue cracks propagating at the spliced portion of the bulkhead’s webs to the extent that it became unable to endure the cabin pressure in flight at that time.