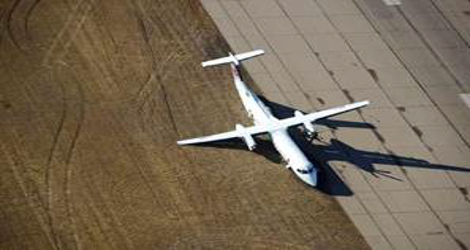 During the takeoff roll, the number 3 tire of the main landing gear failed. Jazz Aviation flight JZA8481 was diverted to Edmonton International Airport (CYEG); aircraft rescue and firefighting equipment was standing by for the landing on Runway 02.

On touchdown at 2030 Mountain Standard Time, the right main landing gear collapsed. Upon contact with the ground, all of the right-side propeller blades were sheared, and 1 blade penetrated the cabin wall.

The Jazz Aviation flight JZA8481 came to a stop off the right (east) edge of the runway surface.

There was no post accident fire. The accident occurred during the hours of darkness.