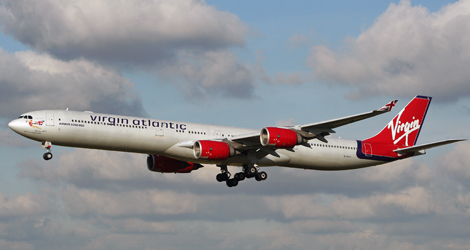 Initially the pilots suspected a leak had emptied the contents of the fuel tank feeding No 1 engine but a few minutes later, the No 4 engine started to lose power. At that point all the fuel crossfeed valves were manually opened and No 4 engine recovered to normal operation.

The pilots of Virgin Atlantic flight VS207 then observed that the fuel tank feeding No 4 engine was also indicating empty and they realised that they had a fuel management problem. Fuel had not been transferring from the centre, trim and outer wing tanks to the inner wing tanks so the pilots attempted to transfer fuel manually.

Although transfer was partially achieved, the expected indications of fuel transfer in progress were not displayed so the commander decided to divert to Amsterdam (Schipol) Airport where the aircraft landed safely on three engines.

The investigation determined that the following causal factors led to the starvation of Inner fuel tanks 1 and 4 and the subsequent rundown of engine numbers 1 and 4: