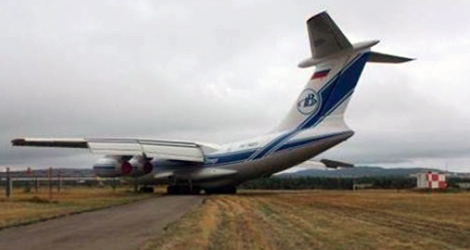 An instrument landing system approach was carried out, and at 1612 Newfoundland Daylight Time, the aircraft touched down on Runway 11.

Following touchdown, Volga-Dnepr Airlines flight VDA4118 was unable to stop the aircraft before it reached the end of the runway.
The aircraft came to rest in the grass, the nose wheel approximately 640 feet beyond the end of the pavement.
There were no injuries, and aircraft damage was limited to cuts and localized rubber melting on the main tires.

The accident of Volga-Dnepr Airlines flight VDA4118 occurred in daylight hours. The runway overrun did not cause the emergency locator transmitter to activate.