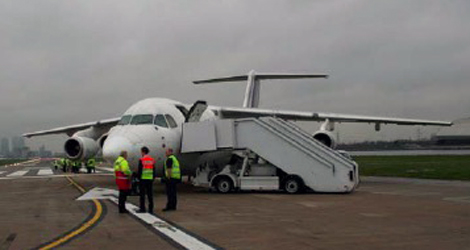 City Jet flight WX5026 serious incident was notified to the Air Accidents Investigation Branch (AAIB) on 20-02-2007 , involving EI-CZO in which the aircraft burst all four main landing gear tyres during the landing.

Enquiries by AAIB revealed that the aircraft had overrun the landing distance available (LDA), but remained on the paved surface, and that the flight crew had reported a total failure of the aircraft’s brakes.

In light of previous overrun events involving the BAe 146 and Avro RJ series of aircraft the Chief Inspector of Air Accidents ordered an Inspectors Investigation to be carried out into this incident.

The Aircraft crossed the threshold with a speed of Vref +16 kts, made a long flare and did not deployed the speed brakes.