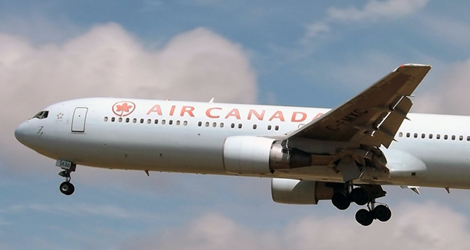 Air Canada flight AC848 was a line flight from Toronto Pearson to London Heathrow on 28-01-2008, a Boeing B767-333 (C-FMXC).
During the pre-flight preparations there was a potential for the flight to depart behind schedule.
When the First Officer reported for duty he was undoubtedly under considerable pressure, reporting after positioning flight later than planned.
The Commander however had the situation very much in hand with the flight planning and pre-flight duties taken care of.
On his arrival on the flight deck, he made this known to his First Officer and set a good tone prior to commencing the flight. During the cruise the Commander became aware all was not well with his colleague.
He suggested he take a break, not only for his immediate well-being, but considering the high workload in London airspace and expected Autoland approach.
The situation continued to deteriorate and it soon became apparent that the First Officer was quite ill. For his own well-being and the safety of the aircraft, the most appropriate course of action was to stand him down from duty and seek medical attention which was available on board.
The decision to divert to the nearest suitable Aerodrome was prudent.

Operations were briefed via data link and as soon as standard VHF communications were available at MALOT the situation was made known to Shannon ATC who arranged for Medical personnel to meet the aircraft on arrival.

Incapacitation of a member of flight crew is a serious incident.
The onset of subtle incapacitation is sometimes difficult to detect, and then in all probability more difficult to deal with.
The Commander realising he was faced with a difficult and serious situation used tact and understanding and kept control of the situation at all times.
The situation was dealt with in a professional manner, employing the principles of Crew Resource Management (CRM).
As such the Commander and Flight Attendants should be commended for their professionalism in the handling of this event.