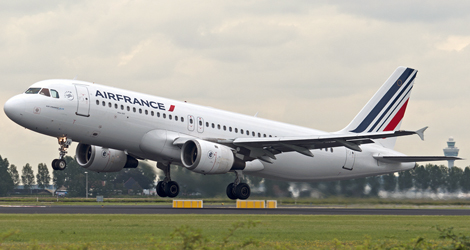 Air France flight AF268P was a scheduled flight from Sofia to Paris (LBSF-LFPG) on April 13th 2007 , operated with an Airbus A320 registration F-GJVA.

Sofia Tower asked the crew of Air France flight AF268P whether it was ready for an immediate take-off from RWY27: “AF 268P are you ready for immediate departure RWY 27”.

The pilot answered the second time clearly: “We are ready for immediate AF 268P”.

ACT said “Roger” and after that informed the crew about the location of the approaching for landing on the same runway aircraft and gave instruction to stay at holding point “AF 268P landing traffic RW 27 five miles from touch down, keep holding point”

The air traffic controller skipped the lack of reply (confirmation of understanding).

He didn’t asked for a reiteration of his instruction “Кeep holding point”.

This radio exchange was at the frequency of Sofia Tower, which the pilots of A320 of Air France were still listening.

The air controller answered: “Negаtive AF 268P, I told you to keep your holding position due to landing traffic who was five miles from touch down”. Followed by: “Sorry, we understood continue in taxi for position, sorry”.

On 18.04.2007 ATSA BULGARIA submitted to the Commission a record of the trajectory of the Lufthansa 5HW flight according to the radar control transponder code 2223 , where the movement of the aircraft during the aviation occurrence is visible

At 11:52:30, when the air traffic controller asked Air France 268P whether it was ready for an immediate take-off, Lufthansa aircraft was at 7.2 NM from touch-down point of RWY27 of Sofia Airport and started left-hand turn to heading 315° ;

At 11:53:27, when landing traffic established contact with Sofia Tower, its position was at 6.9 NM from the touch-down point, with a heading of 315°;

At 11:53:53, when the air traffic controller informed Lufthansa that the runway was occupied and instructed it for a go-around procedure, its location was at 5.5NM from the touch-down point

At 11:54:08, when the air traffic controller instructed Air France to keep position, the location of the landing traffic was at 4.9NM from the touch-down point.

As to the moment of aviation occurrence the air traffic controller at Sofia Tower has been communicating with 5 aircrafts and operation at Lesnovo Airfield.