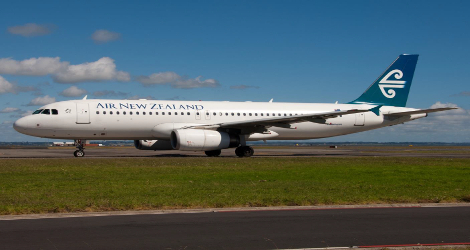 The report is about an engine failure which suffered an Air New Zealand flight NZ412 operated with an Airbus A320-232 registered ZK-OJQ.

Before the flight of the event, the airplane was landing in Wellington when a bird strike occurred to its right engine.

The bird strike did not affect the landing. The bird was later identified as a black-backed gull. 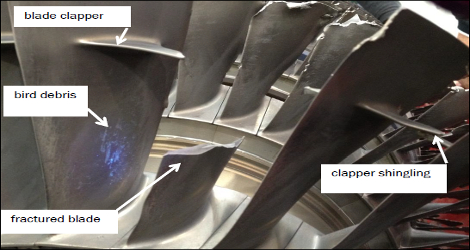 Maintenance engineers inspected the engine in accordance with the Airbus aircraft maintenance manual and released it back into revenue service later the same day for a flight to Auckland with 172 persons on board, including five crew members.

The airplane maintenance manual required parts of the engine to be inspected using a borescope.

However, as the bird strike had involved only one engine and no damage had been observed, the aeroplane was allowed to continue in service for up to 10 hours flying or one more sector (one more take-off and landing), whichever came first.

The engine was then required to undergo the borescope inspection.

The aeroplane was released to fly to Auckland under this “continued operating allowance”.

On approach to land at Auckland International Airport the same engine suffered a failure. The captain of Air New Zealand flight NZ412 reduced the engine thrust to idle and continued with the landing. Although damaged internally, the engine continued to run and was used during the landing.

An inspection of the failed engine revealed damage to components caused by the bird being ingested down the core of the engine.

This damage had led to cracking in a compressor blade in the third-stage compressor. The crack in this blade grew further under the stress of continued engine operation in a damaged state.

It finally fractured completely and caused significant damage to other components as it passed through other compressor stages in the jet engine.

The Air New Zealand flight NZ412 was the first reported occurrence worldwide where a V2500 engine had failed while operating under the continued operating allowance having had a bird strike down the engine core.

The Transport Accident Investigation Commission (Commission) reviewed the operating parameters and airworthiness requirements that underpinned the authority to continue operating the engine. The Commission found that the resultant risk to aviation safety was reasonable, so made no recommendations.

The aeroplane systems would normally have generated automatic reports to the operator’s maintenance operations control during the flight, which could have alerted it that the damage to the engine from the bird strike was worse than initially thought. However, these did not reach the control centre as intended. The reasons that gave rise to this have now been rectified.

The Commission also reviewed the Wellington International Airport Limited’s measures to control bird life around the aerodrome, and found that these met industry best practice.

The Commission has made no new recommendations arising from this inquiry.

However, it notes the following key lessons: