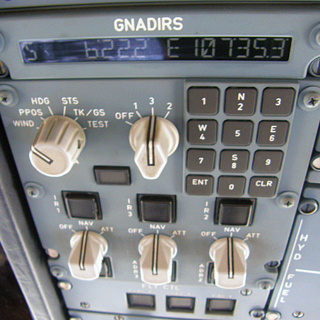 On 11 January 2007, after an overnight layover in Sydney, NSW an Airbus A320 Air New Zealand flight NZ706, was being operated on a scheduled flight from Sydney Airport to Auckland, New Zealand.

The flight crew taxied for a planned takeoff from runway 25, but that was subsequently changed by Air Traffic Control (ATC) to runway 34L. In addition, the flight crew was requested by ATC to expedite their taxi for departure. However, the flight crew of Air New Zealand flight NZ706 indicated later that those requirements had not been significant in the development of the occurrence.

At about 0718 Eastern Daylight-saving Time1, the aircraft departed runway 34L and was given radar vectoring by ATC.

Shortly after, the controller noticed that Air New Zealand flight NZ706 had turned onto an incorrect heading and informed the flight crew.

A check of the aircraft’s compasses by the flight crew found that they were reading approximately 40 degrees incorrectly, and that a GPS PRIMARY LOST message had appeared on the aircraft’s multi-purpose control and display unit and navigational display.

The flight crew advised ATC that the compass was unserviceable and that they were experiencing navigational difficulties. In addition, they believed that the aircraft’s Instrument Landing System was affected.

Air New Zealand flight NZ706 crew elected to return to Sydney and ATC provided radar vectoring in order to allow for a reduction in the aircraft’s fuel load and, as a result, for a landing below the aircraft’s maximum landing weight. The aircraft remained in visual meteorological conditions and was radar vectored for a visual approach and landing.

When Air New Zealand flight NZ706 returned to the departure gate, the flight crew noticed that the aircraft’s Inertial Reference System (IRS) had been aligned to 01520.3 E2 instead of the correct ‘SYD reference’ longitude of 151.10.6 E.

The maintenance action to align the aircraft’s inertial reference system (IRS), although not mandated, was in accordance with the operator’s documented procedures.

The reason for the inadvertent input of incorrect position data in the IRS could not be determined. The reported insignificance of the external influences during the taxi, and the lack of evidence of any other potentially adverse influences on the preparation for, and conduct of the flight ought to have allowed the detection by the flight crew of the incorrect alignment of the IRS.

The investigation was unable to determine why the incorrect positional data remained undetected by the flight crew, despite the four separate pre-take-off procedural defences.

From the evidence available, the following findings are made with respect to the navigation event involving Airbus A320 aircraft, registration ZK-OJB that occurred approximately 28 km north-west of Sydney, NSW on 11 January 2007.