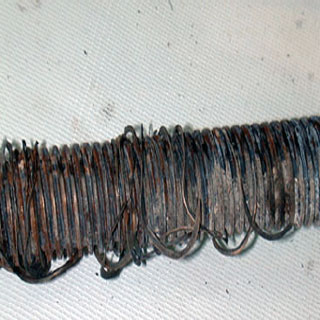 The 2 pilots, 3 cabin crew members, and 83 passengers on board were killed, and the airplane was destroyed by impact forces.

Visual meteorological conditions prevailed for the flight, which operated on an instrument flight rules flight plan.

Alaska Airlines flight AS261 was near inverted, rolling through -150° with an airplane-nose-down pitch angle of -9°

The National Transportation Safety Board determines that the probable cause of this accident was a loss of airplane pitch control resulting from the in-flight failure of the horizontal stabilizer trim system jackscrew assembly acme nut threads.

Also contributing to the accident was the absence on the McDonnell Douglas MD-80 of a fail-safe mechanism to prevent the catastrophic effects of total acme nut thread loss.