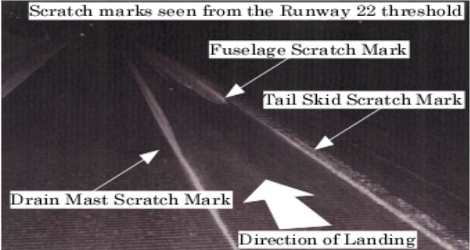 On August 10 (Monday), 2009, a Boeing 737-800, registered JA56AN, operated by Air Nippon as All Nippon flight NH298 on a regularly scheduled service under the agreement of joint transportation, made a tail strike with the surface of runway 22, Tokyo International Airport upon landing around 20:23 Japan Standard Time (JST,UTC+9H). 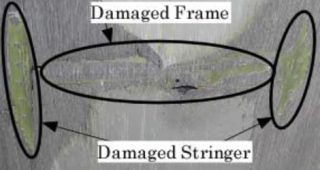 A total of 153 persons consisting of a pilot in command, five crew members and 147 passengers were on board the aircraft, but nobody sustained injuries.

The All Nippon flight NH298 ‘s aircraft was substantially damaged but no fire broke out.

In this accident, it is considered highly probable that the All Nippon flight NH298, under the FO’s piloting, was damaged in its aft fuselage as a result of the tail strike, after the initial touchdown followed by a quick bounce 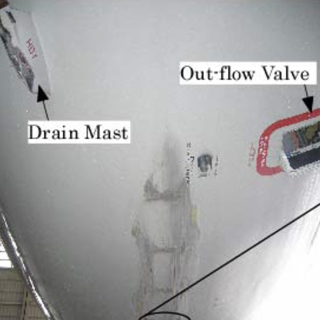 and a subsequent touchdown with bigger vertical G force and continued increment of nose-up attitude, in addition to the compression of main landing gear struts.

It is considered probable that the big amount of control column pull input during the bounce and the pitch-up moment generated by the deployment of auto speed brake activated by retarded thrust levers contributed to the continued pitch up after the subsequent touchdown.

On August 20, 2007, a Boeing 737-800, registered B18616, operated by China Airlines flight CI120 took off from Taiwan Taoyuan International Airport on a regularly scheduled Flight 120 of the company, and landed at Naha Airport. At about 10:33, immediately after the...
Read More