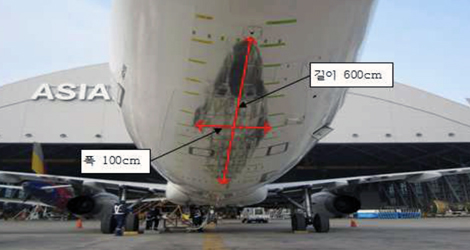 As a result of this accident, three flight attendants were injured, and the airplane sustained substantial damage to the pressure bulkhead and stringers, and scratches at the exterior skin of the rear fuselage.

Subsequently, when an electronic voice announced “400 ft AGL” and later “300 ft AGL,” the PF and the PM replied.

About 5 seconds after touchdown and bouncing, Asiana Airlines flight OZ340 touched down again about 491.3 meters from runway 16 threshold, making a sound of crash against the ground.

Then, Asiana Airlines flight OZ340 completed the landing roll and taxied to ramp 129 for itself.

The Aviation and Railway Accident Investigation Board (ARAIB) determines that the causes of this accident were:

Contributing to this accident were :