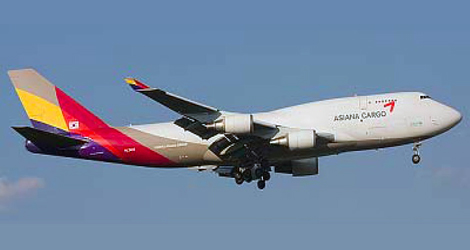 The aircraft was a scheduled international cargo flight operating under the instrument flight rule in accordance with the Korean Aviation Act and the Convention on International Civil Aviation.

The Aviation and Railway Accident Investigation Board (ARAIB) determines the cause of this accident as follows: