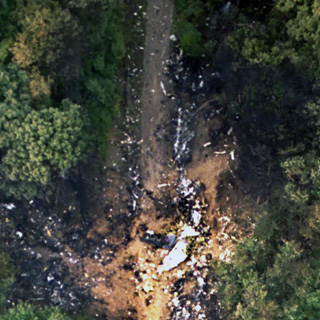 USAIR flight US427 was operating under the provisions of 14 Code of Federal Regulations Part 121 as a scheduled domestic passenger flight from Chicago-O’Hare International Airport, Chicago, Illinois, to Pittsburgh.

The flight departed about 1810, with 2 pilots, 3 flight attendants, and 127 passengers on board.

USAIR flight US427 entered an uncontrolled descent and impacted terrain near Aliquippa, Pennsylvania, about 6 miles northwest of the destination airport.

All 132 people on board were killed, and the airplane was destroyed by impact forces and fire.

Visual meteorological conditions prevailed for the flight, which operated on an instrument flight rules flight plan. 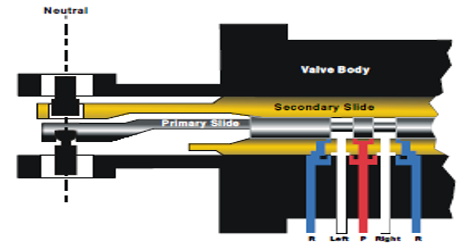 The National Transportation Safety Board determines that the probable cause of the USAIR flight US427 accident was a loss of control of the airplane resulting from the movement of the rudder surface to its blowdown limit.

The rudder surface most likely deflected in a direction opposite to that commanded by the pilots as a result of a jam of the main rudder power control unit servo valve secondary slide to the servo valve housing offset from its neutral position and overtravel of the primary slide.

Safety recommendations concerning these issues were addressed to the Federal Aviation Administration (FAA). Also, as a result of this accident, the Safety Board issued a total of 22 safety recommendations to the FAA on October 18, 1996, and February 20, 1997, regarding operation of the 737 rudder system and unusual attitude recovery procedures.

In addition, as a result of this accident and the United Airlines flight UA585 accident (involving a 737-291) on March 3, 1991, the Safety Board issued three recommendations (one of which was designated “urgent”) to the FAA on February 22, 1995, regarding the need to increase the number of FDR parameters.