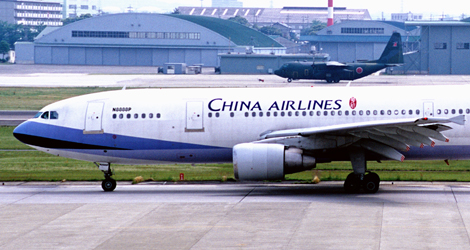 31 minutes after taking off from Taiwan’s CKS International Airport at 0746 local time on May 8, 2000, and during cruising level flight and heading for Ho-chiming City, Vietnam, the first officer of China Airlines flight CI681, an Airbus A300-600R with registered number B-18503 and carrying 265 passengers found out that the captain had suddenly showed no response to the flight. Following the incapacitation procedures, the first officer called the cabin chief flight attendant and a flight attendant to help him to move the captain to the main cabin (galley) to do the first aid. At the same time, through the passenger address system the cabin chief announced for the help of a doctor on board, if any. Then the first officer decided to turn back to CKS International Airport. Eventually, the aircraft landed safely via autopilot system on Runway 05-Left.

At 0816, before landing, a request was issued for ambulance and towing vehicle to stand by.

After towing to the parking bay, medical personnel embarked the aircraft to carry out first aid. At 0936, the captain was carried to Mingsheng Hospital in Tao Yuan County. After unsuccessful operations, the captain was announced dead at 1020 in that hospital.

As the captain experienced the incapacitation, the flight attendants that entered into the cockpit had good cooperation with one another and kept performing cardiopulmonary resuscitation (CPR) to the captain of China Airlines flight CI681.

The aircraft landed and came to a completely stop at 0852. The incapacitated pilot was carried to the ambulance at 0936. The whole emergency process took 44 minutes.

The pilot’s natural death was caused by heart rhythm disorder that was triggered by acute cardiac artery occlusion.