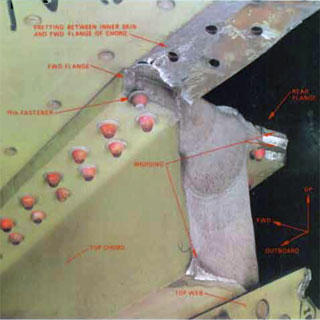 Dan Air Services B707 G-BEBP was engaged on a non-scheduled international cargo night on behalf of International Aviation Services for Zambian Airlines.

It was carrying a through load of palletised freight from London Heathrow to Lusaka International Airport, with intermediate stops at Athens and Nairobi, where there was a crew change. The flight from London to Nairobi was without incident and only minor aircraft unserviceabilities were recorded en route.

The aircraft took off from Nairobi for Lusaka at 071 7 h with a fresh crew on board comprising a commander, co-pilot, two flight engineers (one under training) and a loadmaster. In addition there was one passenger on board , a ground service engineer whose duty was to supervise ground handling during transit stops.

At 0923 hrs the co-pilot reported that the aircraft was levelling at FL 110 at a Distance Measuring Equipment (DME) range of 37 nautical miles from Lusaka .
G-BEBP was then cleared by Lusaka Approach to FL 70 in 1000 foot steps following about five minutes behind another aircraft also bound for Lusaka International Airport.

The accident was caused by a loss of pitch control following the in-flight separation of the right hand horizontal stabilizer and elevator as a result of a combination of metal fatigue and inadequate failsafe design in the rear spar structure.
Shortcomings in design assessment, certification and inspection procedures were contributory factors.

Scandinavian SAS flight SAS751 took off on 27 December 1991 at 0847 hrs from Stockholm/Arlanda airport. It had landed at Stockholm/Arlanda at approx 2210 hrs the previous day and had been parked outdoors overnight. Prior to takeoff the aircraft was de-iced. The...
Read More