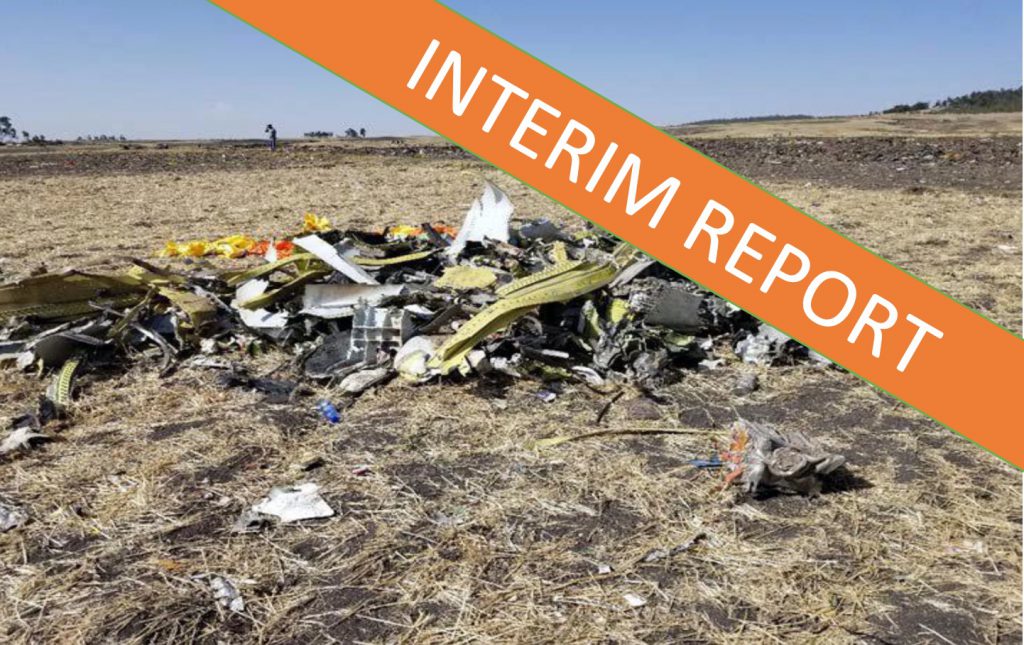 Ethiopian Airlines flight ET302 crashed shortly after takeoff from Addis Ababa on March 10th 2019, it was operated with a Boeing B737 Max 8.

Ethiopian Airlines flight ET302 was bound to Nairobi, Kenya Jomo Kenyatta Int. Airport. Shortly after takeoff, the Angle of Attack sensor recorded value became erroneous and the left stick shaker activated and remained active until near the end of the flight.

In addition, the airspeed and altitude values from the left air data system began deviating from the corresponding right side values.

Due to flight control problems, the Captain of Ethiopian Airlines flight ET302 was unable to maintain the flight path and requested to return back to the departure airport.

The crew lost control of the aircraft which crashed at 5: 44 UTC 28 NM South East of Addis Ababa near Ejere village.

INITIAL FINDINGS : On the basis of the initial information gathered during the course of the investigation, the following facts have been determined: