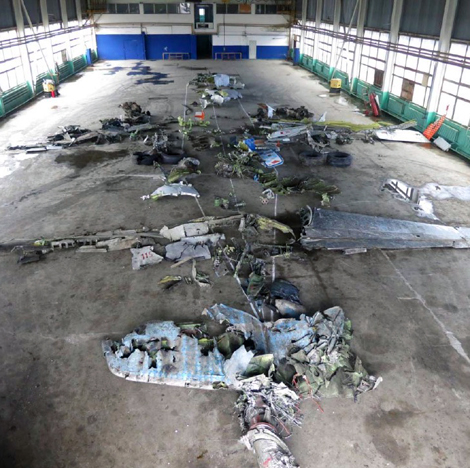 The final report about the Fly Dubai flight FZ981 crash was released by the INTERSTATE AVIATION COMMITTEE on November 25th 2019, after three years from the accident, which happened in Rostov on Don airport (Russia) on 19th March 2016.

The flight had been performed in IFR.

Before starting the descent, the crew of Fly Dubai flight FZ981 contacted the ATC on the Rostov-on-Don airport actual weather and the active RWY data.

In progress of the glide path descent to perform landing with magnetic heading 218° (RWY22) the crew relayed the presence of “windshear” on final to the ATC (as per the aboard windshear warning system activation).

Further on the flight was proceeded at the holding area, first on FL080, then on FL150.

In the progress of another approach the crew made the decision to initiate go-around and at 00:40:50, from the altitude of 830 ft (253 m) above the runway level, started the maneuver.

After the reach of the altitude of 3350 ft (1020 m) above the runway level FlyDubai flight FZ981 transitioned to a steep descent and at 00:41:49 impacted the ground (it collided the surface of the artificial runway at the distance of about 120 m off the RWY22 threshold) with the nose-down pitch of about 50⁰ and IAS about 340 kt (630 km/h).

Weather at the moment of the second and fatal approach was :

The fatal air accident to the Boeing 737-8KN A6-FDN aircraft occurred during the second go around, due to an incorrect aircraft configuration and crew piloting, the subsequent loss of PIC’s situational awareness in nighttime in IMC.

This resulted in a loss of control of the aircraft and its impact with the ground. The accident is classified as Loss of Control In-Flight (LOC-I) occurrence.

Most probably, the contributing factors to the Fly Dubai flight FZ981 accident were: