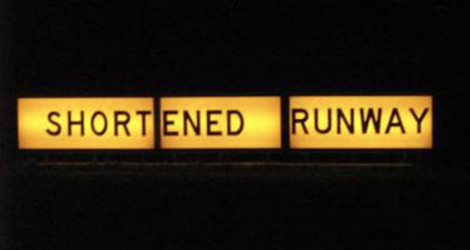 On 30 May 2007, at about 0555 hours local time, the pilot of an Airbus A340 Gulf Air – Airbus A340 A40-LH , while taking off from Runway 20C at Singapore Changi Airport, had to apply TOGA (Take-off Go Around) power and rotate abruptly at a high rate to expedite the lift-off when he noticed the centreline lights indicating the runway’s impending end.

The A340 Gulf Air – Airbus A340 A40-LH crew had calculated the take-off performance based on the original TORA (Take-off Run Available) of 4,000 m as they were unaware of the temporary shortening of Runway 20C to 2,500 m due to resurfacing works

This incident of Gulf Air – Airbus A340 A40-LH was not immediately reported to Singapore Air Traffic Control. The crew filed an incident report to their airline’s headquarters after arrival at their destination.

The Air Accident Investigation Bureau of Singapore (AAIB) was informed of the incident by the Directorate General of Civil Aviation and Meteorology of the Sultanate of Oman (DGCAM) which was the aviation regulator of the airline.

The AAIB classified the occurrence as an incident and instituted an investigation.