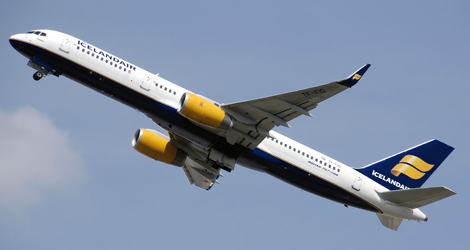 At an altitude of approx. 580 ft AAL (Flight Data Recorder (FDR) radio altimeter reading) the Commander decided that he discontinued the unstabilized approach and initiated a missed approach. The time was 09:49:11 UTC. He announced his decision to the First Officer and started a “Go-Around”.

The status of the flight was as follows: The aircraft was above the GP, and the SOP calls for the GA altitude to be set when stabilized on GP, therefore the GA altitude was not set on the MCP.

Flaps were not in landing configuration, because landing Check List was not completed.

During the go-around the flight director pitch bar commanded a pitch attitude of 15° (The AFDS commanded a level off at 2 500 ft (the last assigned altitude by ATC).

The AFDS calculates the high closure rate to 2 500 ft and captures that altitude almost immediately; causing the A/T to change from Go-around mode to retard power to MCP selected speed (150 kt)).

The aircraft therefore climbed very rapidly through the MCP selected altitude of 2 500 ft and with the aircraft pitch increasing to 21°.

AAIB/N considers that the Commander at this time had lost situational awareness (being “behind the aircraft”).

The aircraft reached a maximum altitude of 2 895 ft and the load factor reached a negative g-value of –0.6

The negative pitch reached a maximum value nose down of 49°.

Up to this time the First Officer had been somewhat passive and confused. Now he acted as an active and co-operative crew member and asked: “What are you doing” and next, he called out: “Pull up!” – “Pull up!”.

Both pilots pulled back on their control columns, and the aircraft, after reaching a maximum speed of 251 kt, recovered from the dive with a clearance of 321 ft (radio height) over the north end of the runway 01L.

During the pull-up the load factor of Iceland Air flight FI315 increased to positive g-value of 3.59

The speed limits were exceeded.

After the “upset”, Iceland Air flight FI315 was flown for another approach and landed at the airport .

The aircraft structure appeared not to be damaged. At the time of landing no report of the incident was made to the authorities.

The aircraft continued on the scheduled flight without a proper technical inspection.