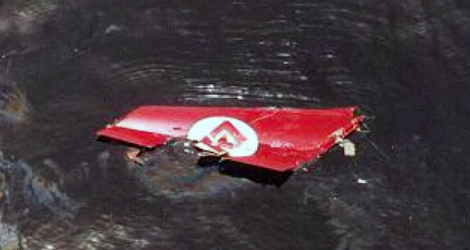 On Sunday 30 January 2000, the Kenya Airways Airbus 310-304, registered 5Y−BEN, was undertaking the scheduled international flight KQ 431 transporting passengers from Abidjan to Nairobi, via Lagos. On board there were 10 crewmembers and 169 passengers. On the same day, in the afternoon, 5Y-BEN had flown in from Nairobi and landed at Félix Houphouët-Boigny International Airport in Abidjan at 15 h 15.
The unfavorable meteorological at Lagos had obliged the pilot, after a thirty minutes hold at Lagos, to divert to Abidjan.
The relief crew, which had arrived two days previously on flight KQ 430 on Friday 28 January 2000, at 15 h 44, took over on board 5Y-BEN, to undertake flight KQ 431 from Abidjan to Nairobi, via Lagos.

Departure was scheduled for 21 h 00, in accordance with the initial program.
The copilot was pilot flying, the Captain was pilot not flying.

At 20 h 55 min 22 s, the crew established contact with Abidjan Airport control tower and asked for start-up clearance.
This was granted.

At 21 h 00 min 18 s, three minutes and nineteen seconds after the start-up of the first engine (engine n° 2), the Captain announced over the interphone that linked him with the ground mechanic “we have two normal start-ups”.

At 21 h 01 min 07 s, the crew of 5Y-BEN asked for clearance to taxi. The tower controller put them on standby. A few seconds later, he cleared them to taxi.

At 21 h 07 min 45 s, the copilot read back the clearance. This was the last communication between the crew and the control tower.

At 21 h 09 min 22 s, an aural master warning started, immediately followed by an order from the Captain to climb: “Go up!“, though this was preceded six tenths of a second by the AC announcement of 10 feet.

At 21 h 09 min 23.9 s, end of the master warning, followed immediately within a tenth of a second by the noise of the impact.
The time of the accident is presumed to be 21 h 09 min 24 s.
The Commission of Inquiry concluded that the cause of the accident to flight KQ 431 on 30 January 2000 was a collision with the sea that resulted from the pilot flying applying one part of the procedure, by pushing forward on the control column to stop the stick shaker, following the initiation of a stall warning on rotation, while the airplane was not in a true stall situation.

In fact, the FCOM used by the airline states that whenever a stall warning is encountered at low altitude (stick shaker activation), it should be considered as an immediate threat to the maintenance of a safe flight path.

It specifies that at the first sign of an imminent stall or at the time of a stick shaker activation, the following actions must be undertaken simultaneously: thrust levers ion TOGA position, reduction of pitch attitude, wings level, check that speed brakes are retracted. The investigation showed that the pilot flying reduced the pitch attitude but did not apply TOGA thrust on the engines. The investigation was unable to determine if the crew performed the other two actions: leveling the wings and checking that the speed brakes were retracted.

The following elements contributed to the accident: