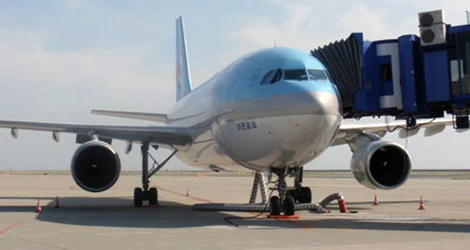 The occurrence covered by this report falls under the category of “Abnormal decompression inside an aircraft” as stipulated in Clause 11, Article 166-4 of the Ordinance for Enforcement of the Civil Aeronautics Act of Japan, and is classified as a serious incident.

On June 23 (Tuesday), 2009, at 19:04 Japan Standard Time (JST: UTC+9hr, unless otherwise stated, all times are indicated in JST on a 24-hour clock), an Airbus Industry A300B4-600R, registered HL7240, operated by Korean Air, took off from Jeju International Airport for Chubu Centrair International Airport on a scheduled Korean Air flight KAL755 of the company.

At about 19:36, while flying at an altitude of approximately 33,000 ft, over the vicinity of Hikari City, Yamaguchi Prefecture, an instrument indicated cabin decompression, so the Pilot in Command (hereinafter referred to as “PIC”) deployed the oxygen masks in the cabin.

The PIC requested Air Traffic Controller (hereinafter referred to as “ATC”) for priority and made an emergency descent. The aircraft flew on and, at 20:35, landed at Chubu Centrair International Airport.

There were 164 people on board, consisting of the PIC, the First Officer, eight cabin attendants and 154 passengers.

There were no injuries to people nor any damage to the aircraft.

In this serious incident, it is considered highly probable that the cabin depressurization of the Aircraft that occurred while cruising at about 33,000 ft was caused by the stoppage of both AC systems.

It is considered highly probable that the two AC systems stopped functioning as the failures of the No. 1 fan air valve and the No. 2 pneumatic controller lead to closure of both engine bleed valves.