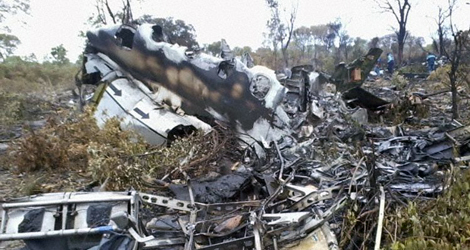 The flight operations were normal and the aircraft was cruising at FL380 (38000 ft). The flight was in good radio communication with Gaborone Area control on frequency 126.1 MHZ.

The Namibian Radar Data playback revealed that at position EXEDU, which is a mandatory reporting point in the Gaborone FIR (Flight information region) the aircraft commenced a sudden descent from the normal cruising level of FL380.

Radar contact and voice contact was lost with ATS (Air Traffic Services) search and rescue was instituted and thereby located the wreckage the following day in the Bwabwata National park. A team lead by Namibian Investigators were dispatched immediately, the onsite investigations commenced and were able to retrieve the FDR/CVR recorders.

The recorders were sent to the NTSB (National Transportation Safety Board) laboratories in Washington DC for readout.

The flight data and cockpit voice recorders revealed the following: