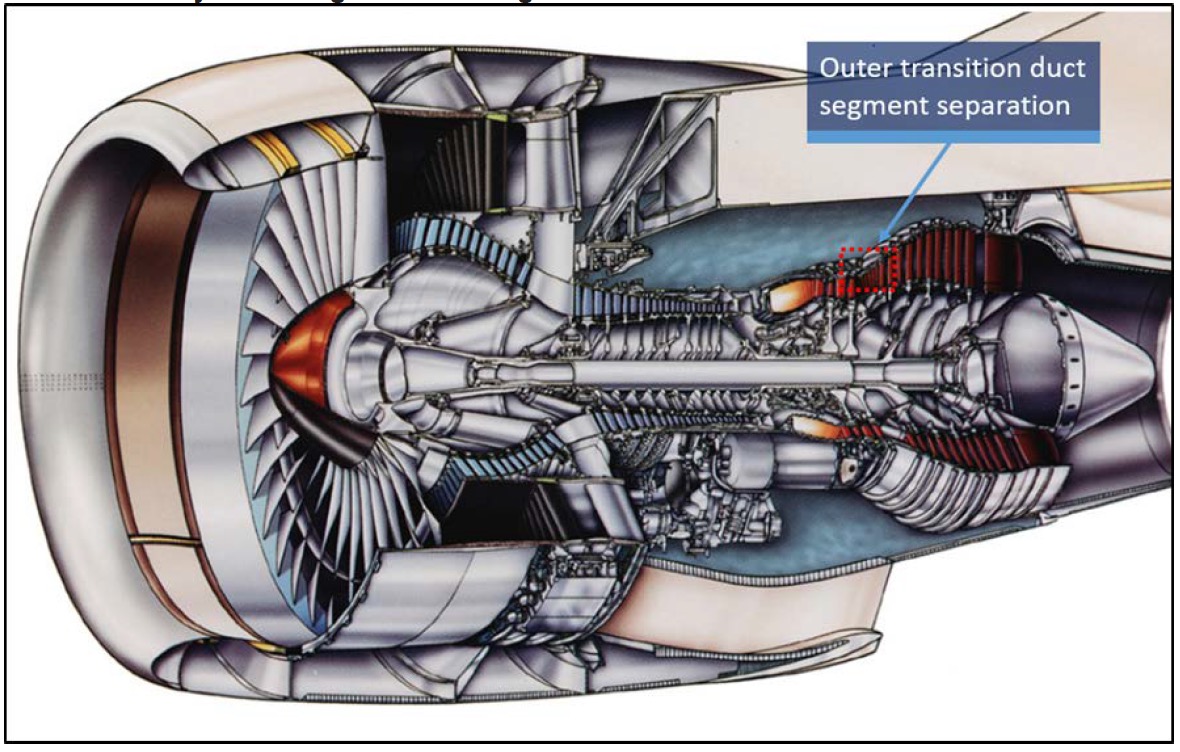 Malaysia Airlines flight MH122 was a flight operated on 18 January 2018 with an Airbus A330-323 aircraft registered 9M-MTM as a scheduled passenger flight from Sydney, New South Wales, to Kuala Lumpur, Malaysia.

During the flight, the left engine malfunctioned, necessitating a diversion to Alice Springs where the aircraft landed safely.

There have been a total of 16 similar events globally within the past 4 years that were all attributed to an engine modification, including five involving MAB aircraft.

The modification increased the gas path temperature at the outer diameter of the flowpath, which led to distortion and liberation of OTD segments.

The engine manufacturer Pratt & Whitney had ceased production of PW4000-100 series engines for the Airbus A330 in July 2017.

The Malaysia Airlines flight MH122 incident is an example of an engine modification that had undesirable consequences.

They have also redesigned the OTD to withstand higher temperatures.

The newly designed hardware will be available for purchase from November 2019 and recommended by service bulletin for installation at the customers’ discretion in affected engines when they are next scheduled for disassembly at an overhaul facility. Engines that have scheduled overhauls and repairs before the redesigned OTDs are available will receive a full new set of current OTDs. This will remove ducts that were potentially exposed to elevated temperatures.

While the ATSB welcomed the availability of the redesigned OTD, as their fitment is not mandatory, safety recommendations were issued to Pratt & Whitney and the United States Federal Aviation Administration (FAA) to maximise fitment of the improved components. MAB has implemented scheduled borescope inspections that are designed to identify precursors to an OTD failure.

One of the five MAB events was identified while conducting a borescope inspection.

The JETSTAR flight JQ57 was on a scheduled flight from London Gatwick Airport to Chania Airport, Crete. The aircraft and pilots were on their first fight of the day. The fight preparation proceeded normally until, when the co-pilot selected the slats/flaps lever to...
Read More