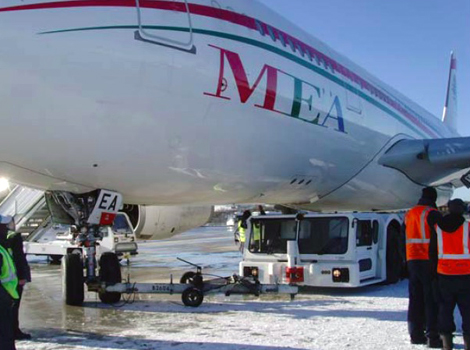 After about a minute, the tractor driver tried to pull the aircraft forward in order to align the nose gear wheels with the centre line. Almost simultaneously, the crew started engine no 2. As the tractor driver pulled MEA Middle East Airlines airplane OD-MEA forward, the tractor lost grip when driving over ice.

The crew braked and the aircraft slowed to a stop.

The accident was caused by a pushback manoeuvre on icy ground.

The following contributed to the accident: 