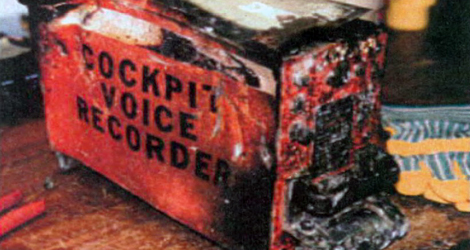 Prior to leaving the aircraft, the flight engineer made an entry in the Technical Log to the effect that the captain’s Attitude Director Indicator (ADI) was ‘unreliable in roll‘; he also verbally passed the details to the operator’s ground engineer who met the aircraft on arrival. This fault had been detected after takeoff from Tashkent. The inbound flight crew then left the aircraft without meeting the outbound crew who were due to operate HL-7451 to Milan (Malpensa) Airport later that day.

During the turnaround, some cargo was offloaded and other cargo, which had been transported by road from London, was loaded. At the same time, the operator’s ground engineer and two other engineers from a local maintenance organisation carried out rectification action in an attempt to correct the reported fault with the ADI.

The loading was almost complete when the outbound crew arrived; this crew comprised the commander who was to be the handling pilot, the first officer and the flight engineer.
Prior to engine start, the commander accompanied the load controller through the aircraft to check the security of the cargo, and then checked the load sheet before signing it and leaving a copy with the load controller.
The operator’s ground engineer who had met the aircraft on its arrival at Stansted also boarded the aircraft for the flight to Milan.

At 1727 hrs, the aircraft was ready to depart.
However, there were delays caused by various factors outside of the crew’s control and they were not cleared to taxi until 1825 hrs.

By 1835 hrs, the crew had contacted the ‘Tower’ and were instructed: “AFTER THE NEXT LANDING AIRCRAFT ON FINAL LINE UP AND WAIT RUNWAY 23”.

Subsequently, at 1836 hrs HL-7451 , using the callsign KAL8509 was cleared to take off with a reported surface wind of 190°/18 kt. The Tower controller considered that the takeoff was normal and the aircraft disappeared from sight as it entered the cloud base at about 400 feet agl.

The crew had been cleared for a departure procedure, which required a left turn at 1.5 nm from the Stansted DME (coincident with the 152° radial from Barkway YOR) onto a radial of 158° to the DetIing YOR. No radio calls were heard from the aircraft subsequent to the frequency transfer instruction from ‘Stansted Tower’.

The ATC personnel in the ‘Tower’ then saw an explosion to the south of the airport and immediately implemented their emergency procedures. The Aerodrome Fire Service recorded receipt of the alerting action from ATC at 1840 hrs. Essex police recorded the first emergency call from a member of the public at 1843 hrs.

Investigations revealed that, throughout the accident flight, the captain’s ADI indicated the correct pitch attitude but that the roll attitude remained at a wings level indication. Radar and Flight Data Recorder data showed that the aircraft commenced a turn to the left but that this turn was continuous until impact with the ground.

At impact, the aircraft was assessed to be pitched approximately 40° nose down, banked close to 90° to the left and with a speed in the region of 250 to 300 kt.

The pilots did not respond appropriately to the comparator warnings during the climb after takeoff from Stansted despite prompts from the flight engineer.

The commander, as the handling pilot, maintained a left roll control input, rolling the aircraft to approximately 90° of left bank and there was no control input to correct the pitch attitude throughout the turn.

The first officer either did not monitor the aircraft attitude during the climbing turn or, having done so, did not alert the commander to the extreme unsafe attitude that developed.

The maintenance activity at Stansted was misdirected, despite the fault having been correctly reported using the Fault Reporting Manual. Consequently the aircraft was presented for service with the same fault experienced on the previous sector; the No I INU roll signal driving the captain’s ADI was erroneous.

The agreement for local engineering support of the Operator’s engineering personnel, was unclear on the division of responsibility, resulting in erroneous defect identification , and mis-directed maintenance action.