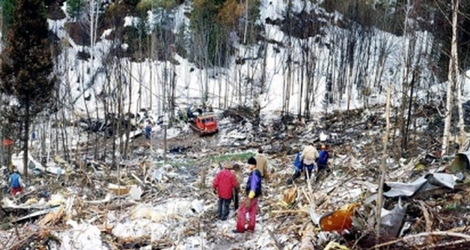 On 22 March 1994, at 17:58 (here and throughout, times. will be given in hours and minutes UTC), 00:58 local time, an Airbus A31O-308 (registration F-OGQS) operated by the state subsidiary Russian Airlines flight AFL593 crashed 91 km. from Novokuznetsk Airport while on a scheduled passenger flight from Moscow to Hong Kong.

The accident occurred at night in good weather.

The aircraft was owned by the European Bank and registered in France. It had been leased by Aeroflot-Russian International Airlines.

The aircraft was operated by the state subsidiary Russian Airlines (RAL).

The Russian Airlines flight AFL593 was carrying three flight crew members, a cabin crew of nine, 63 passengers (including 25 foreigners), and 593 kg of mail and baggage.

Seven minutes and twenty seconds after an exchange of radio messages with the Novokuznetsk controller, Russian Airlines flight AFL593 banked steeply to the right, stalled and entered a spin. At 17:58 the aeroplane struck the ground.

The accident occurred in the foothills of the Kuznetskii Ala-Tau, on the north-east slope of a 600 m hill with mixed forest cover and a 1.5 m layer of snow. The coordinates of the accident site are: 53°30’N 88°15’E.

The Russian Airlines flight AFL593 struck the side of the hill at an elevation of 400 m at a high vertical speed with landing gear, flaps and slats retracted and engines operating. The aeroplane was totally destroyed on impact and partly burned by the fire that broke out on impact with the ground. All crew members and passengers on board perished

The accident investigation was carried out by a Government Commission appointed under Russian Government order no. 370-P of 23 March 1994 and chaired by V. B. Efimov of the Ministry of Transport of the Russian Federation.

The official investigation into the circumstances and causes of the accident was carried out by a commission appointed under order no. DB-29 issued by the Director of the Air Transport Department of the Russian Ministry of Transport on 22 March 1994.

The Russian Airlines flight AFL593 disaster was caused by a stall, spin and impact with the ground resulting from a combination of the following factors:

The decision by PIC of Russian Airlines flight AFL593 to allow an unqualified and unauthorized outsider (his son) to occupy his duty station and intervene in the flying of the aeroplane.