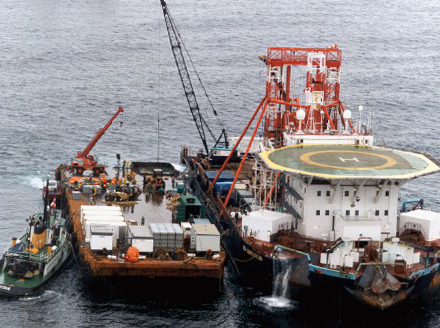 The pilots detected an unusual odour in the cockpit and began to investigate. They determined that some smoke was present in the cockpit, but not in the passenger cabin. They assessed that the odour and smoke were related to the air conditioning system.

At 0114:15, SR 111 made a Pan Pan radio transmission to Moncton ACC. The aircraft was about 66 nautical miles (nm) southwest of Halifax International Airport, Nova Scotia. The pilots reported that there was smoke in the cockpit and requested an immediate return to a convenient place. The pilots named Boston, Massachusetts, which was about 300 nm behind them.

The Moncton ACC controller immediately cleared SR111 to turn right toward Boston and to descend to FL310.
At 0115:06, the controller asked SR 111 whether they preferred to go to Halifax, Nova Scotia. The pilots expressed a preference for Halifax, which was considerably closer.
They immediately received an ATS clearance to fly directly to Halifax, which was by then about 56 nm to the northeast. At this time, the pilots donned their oxygen masks. 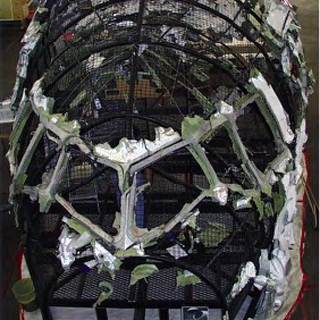 At 0123:30, the controller instructed SR 111 to turn the aircraft farther left to a heading of 180, and informed the pilots that they would be off the coast in about 15 nm.
The pilots acknowledged the new heading and advised that the aircraft was level at 10 000 feet. At 0123:53, the controller notified SR 111 that the aircraft would be remaining within about 35 to 40 nm of the airport in case they needed to get to the airport in a hurry.
The pilots indicated that this was fine and asked to be notified when they could start dumping fuel. Twenty seconds later, the pilots notified the controller that they had to fly the aircraft manually and asked for a clearance to fly between 11 000 and 9 000 feet. The controller notified SR 111 that they were cleared to fly at any altitude between 5 000 and 12 000 feet.
At 0124:42, both pilots almost simultaneously declared an emergency on frequency 119.2 MHz; the controller acknowledged this transmission.
At 0124:53, SR 111 indicated that they were starting to dump fuel and that they had to land immediately.

The controller indicated that he would get back to them in just a couple of miles. SR 111 acknowledged this transmission.
At 0125:02, SR 111 again declared an emergency, which the controller acknowledged.
At 0125:16, the controller cleared SR 111 to dump fuel; there was no response from the pilots.

At approximately 0130, observers in the area of St. Margaret’s Bay, Nova Scotia, saw a large aircraft fly overhead at low altitude and heard the sound of its engines. At about 0131, several observers heard a sound described as a loud clap.

Seismographic recorders in Halifax, Nova Scotia, and in Moncton, New Brunswick, recorded a seismic event at 0131:18, which coincides with the time the aircraft struck the water. The aircraft was destroyed by impact forces. There were no survivors. The accident occurred during the hours of darkness.
The centre of the debris field, located on the ocean floor at a depth of about 55 metres (m) (180 feet), was at the approximate coordinates of latitude 44°24’33” North and longitude 063°58’25” West.