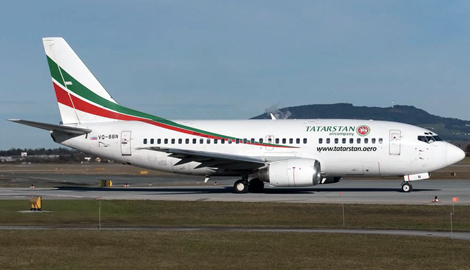 Tatarstan Airlines flight TAK363 was a commercial flight operated on November 17, 2013 from Moscow (Domodedovo, UUDD) to  Kazan (UWKD) on the Boeing 737-500 VQ-BBN aircraft.

At 10:10 all the crew members passed medical examination at Kazan airport medical post and the record was made in the flight task. There were no comments concerning their health status. After the medical control the crew members commenced performing their duties in accordance with the working procedure. 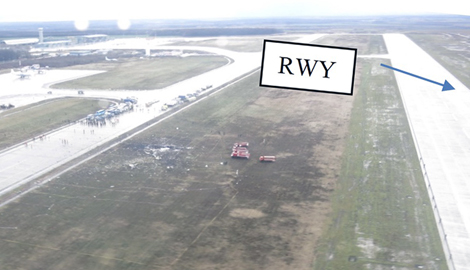 The departure of Tatarstan Airlines flight TAK363 from Moscow to Kazan was performed at 14:25, on schedule. Besides 2 flight crew members, there were 4 cabin crew members and 44 passengers on board; 50 people in all, including 48 citizens of the Russian Federation, 1 citizen of United Kingdom, 1 citizen of Ukraine.

In accordance with the documentation provided, the commercial load of Tatarstan Airlines flight TAK363 was 4047 kg, there was no cargo prohibited for air transportation on board. Takeoff fuel weight was 7800 kg, which was enough for performing the flight according to the planned route considering the standby airport chosen.

The actual point where the turn of Tatarstan Airlines flight TAK363 was started deviated significantly from the turning point assigned by the approach pattern (the aircraft was “inside” the assigned circuit). 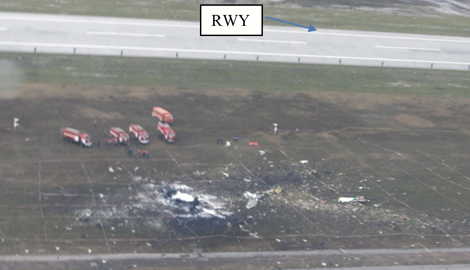 From the start of go-around and till the end of the recording, approximately 43 sec passed. As a result of impacting the ground, the passengers and crew members who were on board died, the aircraft was completely destroyed and was partially burned in the postcrash fire.

The air accident occurred at 15:23:28, at the territory of Kazan airport, between the runway, main taxiway, taxiway C and taxiway B. The elevation of the accident site is 115 m above sea level.

Some of the findings and cause of the event :