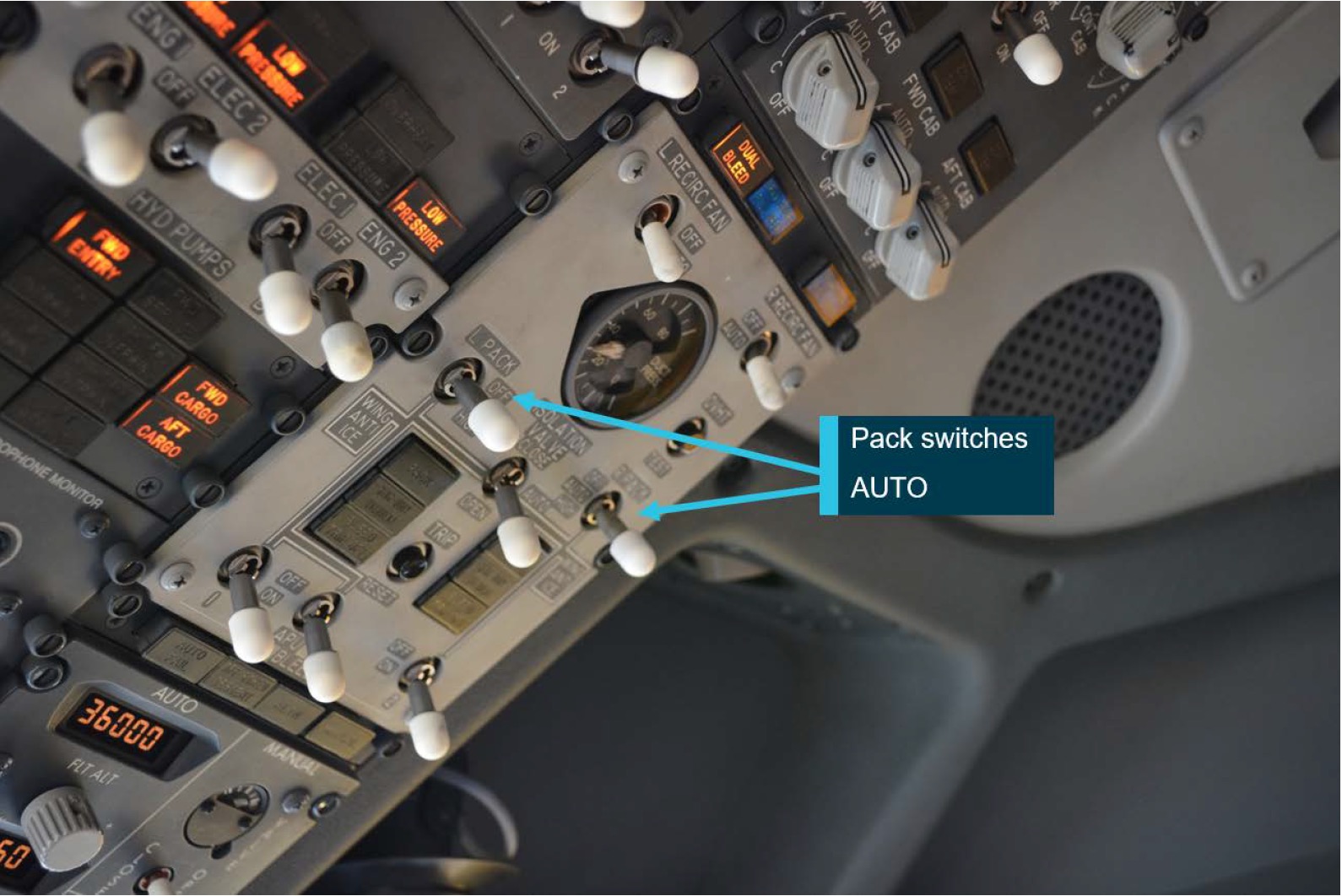 The pilots switched off both air conditioning packs in accordance with the standard operating procedure (SOP) for starting the engines.

The aircraft took off at about 1136 Eastern Standard Time (EST).

After flap retraction at approximately 1137, the crew completed the final component of the take-off procedure, followed by the after take-off checklist.

At about the same time, air traffic control (ATC) issued several instructions to the crew of Tigerair Australia flight TT229 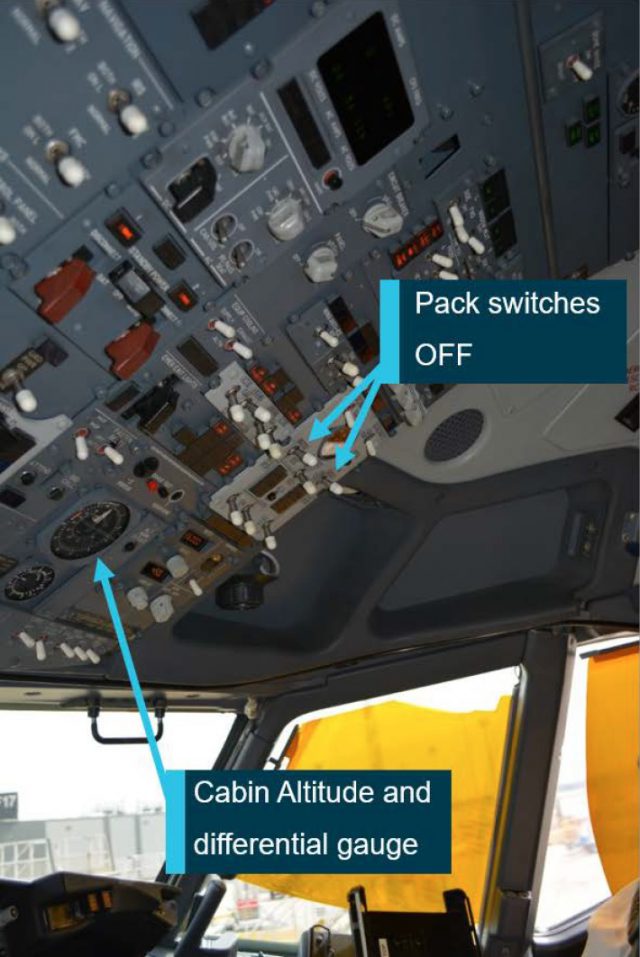 The take-off procedure and after take-off checklist both included a requirement to check the position of the air conditioning packs switches.

However, during both the procedure and the checklist, the packs were not identified as being OFF.

At about 1142, while the aircraft was still climbing and passing 13,500 ft, the cabin altitude warning horn sounded.

The First Officer identified that both air conditioning packs switches were in the OFF position.

Both packs were then immediately switched to AUTO. The Captain took over control of the aircraft and selected altitude hold on the autopilot.

The aircraft reached a maximum height of 14,900 ft (at about 1144), whereby the Captain disengaged the autopilot and commenced a descent to 10,000 ft.

During this time, both pilots donned oxygen masks in accordance with the cabin altitude warning procedure.

Once level at 10,000 ft, the crew completed the remainder of the cabin altitude warning checklist.

As the cabin pressure was now under control and operations were normal, the crew continued the flight to Melbourne.

worth reading: HELIOS AIRWAYS B737 accident

From the evidence available, the following findings are made with respect to the incorrect configuration of a Boeing Company 737-8FE, registered VH-VUB, that occurred near Sydney, New South Wales on 12 July 2018.

The Thomas Cook Airlines flight TCX1638 was on a scheduled fight from London Gatwick Airport to Hurghada Airport, Egypt. During the takeoff run, at a reported 70 kt, the right wing slide advisory message appeared on the Engine Indication and Crew Alerting System...
Read More