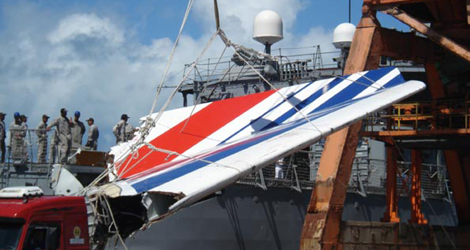 On 31 May 2009, the Airbus A330 flight AF 447 took off from Rio de Janeiro Galeão airport bound for Paris Charles de Gaulle. The aeroplane was in contact with the Brazilian ATLANTICO control centre on the INTOL – SALPU – ORARO – TASIL route at FL350. At around 2 h 02, the Captain left the cockpit. At around 2 h 08, the crew made a course change of 12 degrees to the left, probably to avoid returns detected by the weather radar. At 2 h 10 min 05, likely following the obstruction of the Pitot probes by ice crystals, the speed indications were incorrect and some automatic systems disconnected.

The aeroplane’s flight path was not controlled by the two copilots. They were rejoined 1 minute 30 later by the Captain, while the aeroplane was in a stall situation that lasted until the impact with the sea at 2 h 14 min 28.

The accident resulted from the following succession of events: 