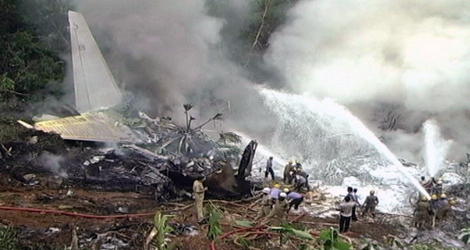 Air India Express flight IX812 was a scheduled Quick Turn Around (QTA) daily flight , on sector Mangalore-Dubai-Mangalore. On 21st / 22nd May 2010, a similar flight was operated by the same cockpit crew , along with 4 Cabin crew. As per the schedule, the crew had been given adequate time to rest.

The outbound flight IX-811 was uneventful. The aircraft was refueled and released from Dubai after transit checks. The aircraft was serviceable except for two defects of minor nature carried forward under Minimum Equipment List (MEL), one for passenger seat 25C and another for Right Hand Tail Logo Light.

Subsequently, the same crew had operated flight IX-812 on 22nd May 2010 from Dubai to Mangalore. On this flight, there were 160 passengers including 4 infants. The flight chocked off from Dubai at 02:36 hours IST.

As indicated in the DFDR, the take-off, climb and cruise of Air India Express flight IX812 were uneventful. The aircraft first came in contact with the Mangalore Area Control at 05:32:52 hours IST, when it was approaching the reporting point IGAMA, at FL 370. The Mangalore Area Control Radar (MSSR) was unserviceable since 20th May 2010 and a NOTAM to this effect had been issued.

The Cockpit Voice Recorder (CVR) of Air India Express flight IX812 , which had recorded conversation for the last 2 hours and 05 minutes for this flight, indicated that there was ‘no conversation’ between the two pilots for the first 1 hour and 40 minutes and that the Captain was asleep with intermittent sounds of snoring and deep breathing. (the DGCA had also investigated a case of 2 flight crews allegedly sleeping at the same time and over flying the destination during 2009.

Mangalore airport has a Table Top runway. Owing to the surrounding terrain, Air India Express has made a special qualification requirement that only the Pilot in Command (PIC) shall carry out takeoff and landing. The aircraft was cleared to descend at 77 DME from Mangalore at 05:47:34 hours IST. The visibility was 6 km and the aircraft was advised to carry out an ILS DME Arc approach for R/W 24. It is evident from the investigation that the flight crew had failed to plan the descent profile properly, due to which the aircraft was high and did not intercept the ILS Glide Slope from below, which is the standard procedure.

This led to the aircraft being at almost twice the altitude on finals, as compared to a standard ILS approach. In the ensuing ‘Unstabilised Approach’, the First Officer gave three calls to the Captain to ‘Go Around’. Also, there were a number of EGPWS warnings of SINK RATE and PULL UP. Despite the EGPWS warnings and calls from the First Officer to ‘Go Around’, the Captain had persisted with the approach in unstabilised conditions.

The final touch down of Air India Express flight IX812 was at about 5200 ft from the beginning of RWY 24, leaving only about 2800 ft to the end of paved surface, to stop the aircraft.
Within a very short time of applying brakes, the Captain had initiated a rather delayed ‘go around’ or an attempted take-off, in contravention to Standard Operating Procedure (SOP) laid down by the manufacturer i.e. Boeing Commercial Airplane Company, USA.

The aircraft overshot the runway and its right wing impacted ILS localizer antenna mounting structure. Thereafter, aircraft hit the airport boundary fence and fell into a gorge. Due to impact and fire, Air India Express flight IX812 was destroyed. In this tragic accident, 152 passengers and all 6 crew members lost their lives. There were only 8 survivors. The investigation determines that there were no airworthiness issues with the aircraft and there was no sign of bird strike or any evidence of sabotage.

Cause of this accident was the Captain’s failure to discontinue the ‘unstabilised approach’ and his persistence in continuing with the landing, despite three calls from the First Officer to ‘go around’ and a number of warnings from EGPWS.

The contributory factors were: