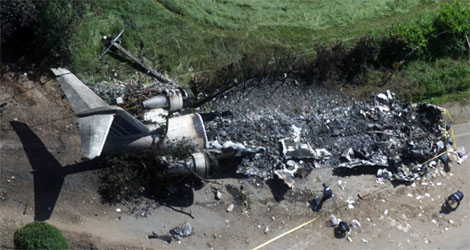 Brit Air flight AF5672 was on an ILS approach to runway 26 Left at Brest Guipavas aerodrome : the aeroplane deviated progressively to the left of the normal runway approach track.

The causes of the accident are as follows:

Lack of communication and co-ordination in the cockpit, and a change of strategy on the part of the Controller in managing the flight were contributing factors.