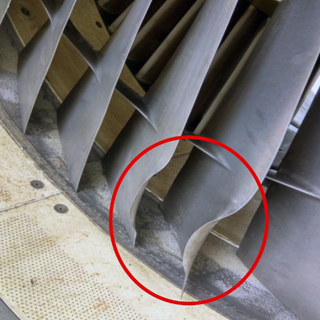 On 21st June 2017, Go Airlines flight G8338 , operated with an Airbus A320-214 (reg VT-GOS) was involved in Air Turn Back incident due to Bird Strike shortly after takeoff from Delhi, India.

Both crew noticed abnormal sound and vibrations but PIC decided to continue for take-off probably wanting to investigate the problem after getting airborne.

After take-off the situation was incorrectly assessed and the Engine # 1 (unaffected engine) was shut down.

Aircraft was climbing with the single engine, i.e. Engine # 2 (affected engine), for over three minutes. Aircraft stopped climbing at around 3330 ft altitude. Crew realized their mistake and attempted to start Engine # 1 but encountered Start Valve Fault.

Probably aircraft lost considerable amount of energy in the process of starting Engine # 1 which, combined with flying the aircraft in absence of autopilot due to weather, resulted in activation of ALPHA FLOOR.

Crew carried out appropriate action and ALPHA FLOOR was de-activated after 28 seconds at 2600 ft altitude. Crew requested to ATC for go around in first approach as the aircraft was too high on a glide.

The vibration value of N1 of Engine # 2 was above the specified limits for approximately six minutes during the flight.

On arrival, during physical inspection, the blood stains were observed spread on the acoustic panel of Engine # 2 & damage was observed on the tips of the leading edge of two fan blades, i.e. blade # 21 & # 22. After rectification, the aircraft was released to service on 21/06/2017.
The incident occurred in day time when the reported visibility was 2500 meter. No human injury was reported in the incident.