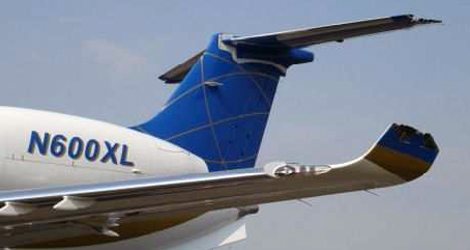 The regular air transport airplane was a Boeing 737-8EH, manufactured in the United States and registered in Brazil as PR-GTD, operated by the Brazilian airline company “Gol Transportes Aéreos S.A.”.

The executive airplane, an Embraer-135 BJ Legacy, manufactured in Brazil and registered in the United States as N600XL, was operated by the American company “ExcelAire Services, Inc.”

The PR-GTD airplane was operating the regular flight GLO1907, from Manaus (Amazonas State) to the city of Rio de Janeiro (Rio de Janeiro State), with a technical stop programmed for Brasilia International Airport/ President Juscelino Kubitschek, in the Federal District, under the rules of RBHA 121.

The N600XL departed at 17:51 UTC from São José dos Campos/ Prof. Urbano Ernesto Stumpf State Airport, with two crewmembers, both of them American citizens, plus five passengers aboard.

Flight 1907 departed from Manaus /Eduardo Gomes International Airport, at 18:35 UTC, carrying 6 crewmembers and 148 passengers. At 19:56 UTC, the two aircraft collided head on at flight level FL370, striking each other on their left wings, next to NABOL position, within the Amazonic Flight Information Region (FIR).

The flight crew of N600XL did not notice the inactive status of the transponder.

They had been flying in opposite directions along airway UZ6, which connects Manaus and Brasilia terminal areas. N600XL lost part of the left winglet, and sustained damages in the left stabilizer and left elevator, but remained controllable in flight, and made an emergency landing at the military aerodrome of the Campo de Provas Brigadeiro Veloso (ICAO code SBCC), in Novo Progresso County, Pará State. None of its occupants was hurt.

The PR-GTD airplane lost initially about one third of the left wing, which rendered the aircraft uncontrollable by the pilots.

The aircraft started an abrupt spiral dive, and sustained a structural separation in flight before hitting the ground in the middle of the thick rainforest. There were no survivors.

This accident, on the date of its occurrence, was considered the deadliest in the Brazilian aviation history, and will probably remain as one of the most complex scenarios to have been investigated.

The investigation of the accident was based on the following four focal points, considering the Human and Material factors:

In the description of the Operational Aspect of the Human Factor, the aspects related to the pilots and the airplane are approached, corresponding to the first two focal points.

The aspects relative to the Brazilian Air Traffic Control organization, regarding the regulation, operation and infrastructure, which correspond to the last two focal points, are approached in the Psychological Aspect of the Human Factor.