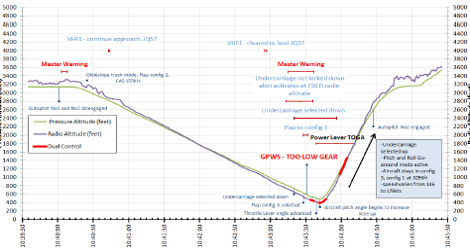 The JETSTAR flight JQ57 was on a scheduled flight from London Gatwick Airport to Chania Airport, Crete. The aircraft and pilots were on their first fight of the day. The fight preparation proceeded normally until, when the co-pilot selected the slats/flaps lever to 15/15 after engine start, SLAT SYS 1 AND 2 FAULT appeared on the Electronic Centralized Aircraft Monitor. The pilots carried out a system reset in accordance with the Quick Reference Handbook (QRH) and, when this was not successful, contacted the operator’s engineers by radio for assistance. The engineers advised the pilots that the system might require several resets to clear the fault. This process involved tripping and resetting the relevant circuit breakers and then moving the slats/flaps lever to check if the slats operated. During this process, the commander of JETSTAR flight JQ57 was liaising with the engineers and operating the circuit breakers while the co-pilot was in contact with ATC and operated the slats/ flaps lever under the commander’s direction.

Eventually the fault cleared and the slats and flaps travelled to the desired position (15/15). The co-pilot had cycled the slats/flaps lever between 0/0 and 15/15 approximately six times to achieve this. The commander of JETSTAR flight JQ57 confirmed with the engineers that the aircraft should now be serviceable for the intended fight, the fight plan was still valid and sufficient fuel remained for the fight. He consulted with the co-pilot to ensure that he was content to continue the fight. The pilots discussed the possibility of the fault recurring on takeoff and reviewed the appropriate procedure, the first item of which was to cycle the slats/flaps lever. The start-up procedure was completed and the pilots taxied the aircraft to Runway 08R without further incident.

The takeoff of JETSTAR flight JQ57 commenced at 1033 UTC and was normal until shortly after the aircraft became airborne. The co-pilot called “Positive climb” and the commander, who was the pilot flying, called “Gear up”. At this point, the co-pilot moved the slats/flaps lever to 0/0.

The Captain noticed unexpected displays on the ASI on the primary fight display and initially suspected that there was a problem with the airspeed indication. He crosschecked the airspeed with the standby airspeed indicator and confirmed that the aircraft was at the pitch attitude and power setting required by the ‘Unreliable Airspeed’ procedure. He then noticed that the landing gear selector was still down so he repeated the “Gear up” call. The co-pilot informed the commander that he had inadvertently retracted the slats and then selected the landing gear lever up. The stall warning system activated twice during the following 10 seconds and on both occasions the commander reduced the aircraft pitch attitude in response to the warning; the aircraft maintained a positive rate of climb throughout. The aircraft accelerated to the normal climb speed and the fight proceeded without further incident.

From the evidence available, the following findings are made with respect to the incorrect aircraft configuration occurrence at Singapore Changi International Airport on 27 May 2010 involving an Airbus A321-231 aircraft, registered VH-VWW. They should not be read as apportioning blame or liability to any particular organisation or individual.

The JETSTAR flight JQ57 crew continued the approach despite not being able to satisfy the the operator’s stabilised approach criteria prior to the stipulated 500 ft in visual meteorological conditions.

A number of distractions during the approach degraded the crew’s situation awareness and resulted in the crew not detecting the incorrect aircraft configuration.

The captain did not appropriately monitor the aircraft’s configuration or the actions of the first officer.