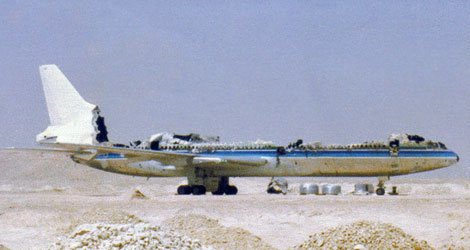 Flight 163 returned to Riyadh after an uncontrolled fire developed in the C-3 cargo compartment of the aircraft.

“Give me your attention please, be seated ladies and gentlemen, we are about to land there’s no reason to panic”

The flight landed at about 1836 and then taxied clear of the runway and came to a stop on an adjacent taxiway.

While parked on the taxiway, the aircraft was destroyed by the fire and the three hundred and one persons on board the flight were killed.

Saudi Arabian flight SV163 was survivable. The first door was opened about 23 minutes after all engines had been shutdown.

The Presidency of Civil Aviation determines that the probable cause of this accident was the initiation of fire in the C-3 Cargo compartment.

The source of ignition of the fire is undetermined.

Factors contributing to the final fatal results of this accident were