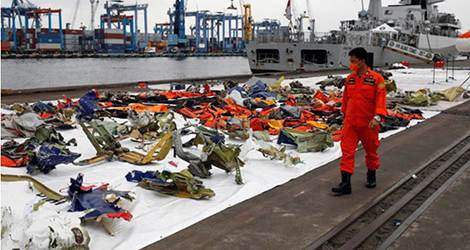 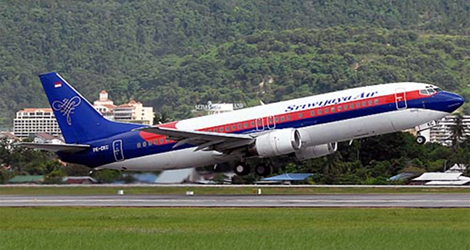 At 0736 UTC (1436 local time), in daylight conditions, Sirwijaya Air flight SJ182 departed from Runway 25R of Jakarta.
On board the aircraft were two pilots, four flight attendants, and 56 passengers: the Pilot in Command (PIC) was Pilot Flying (PF) while the Second in Command (SIC) acted as Pilot Monitoring (PM).

After takeoff (as detected from FDR  – Flight Data Recorder) the AP was was engaged when the aircraft altitude was 1,780 feet.

At 07:38:00 UTC, the FDR recorded the A/P mode directional control was changed from LNAV to HDG SEL when the aircraft passed altitude about 5,400 feet and the aircraft speed was about 220 knots.

At this point the crew of Sirwijaya Air flight SJ182 was instructed to level off at 11.000 ft because of traffic separation. 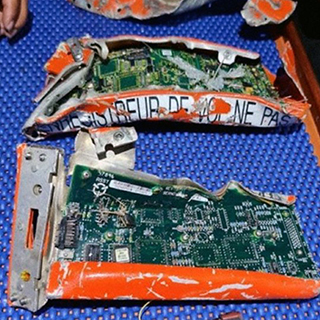 The flight crew made an input for a right turn (as cleared by ATC, to avoid weather) but, because of asymmetric thrust the airplane was actually decreasing the bank angle and started to turn to the opposite side, to the left.

When clear of traffic, ATC instructed the crew to climb to 13.000 ft. The crew acknowledged and this was the last transmission by the flight crew.

At the same time the EGPWS ((Enhanced Ground Proximity Warning System) warned the crew with a “BANK ANGLE” alert.

After reaching the maximum altitude of 10.700 ft, the aircraft started to descend.

The pilot activated stabilizer trim switch which disengaged the A/P system. The aircraft heading was 016°, and the aircraft rolled to the left at an angle of more than 45° with an accompanying by EGPWS bank angle alert: the left roll was further exacerbated by left roll pilot commands.

The airplane impacted the Java sea shortly after.

The safety investigation found that:

On February 12, 2009, about 2217 eastern standard time, a Colgan Air, Inc., Bombardier DHC-8-400, N200WQ, operating as Continental Connection flight 3407, was on an instrument approach to Buffalo-Niagara International Airport, Buffalo, New York, when it crashed into a...
Read More