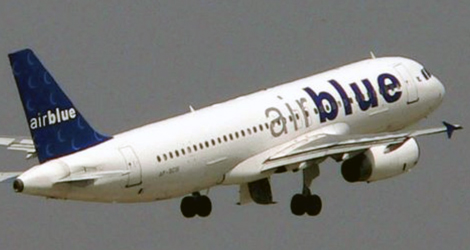 The aircraft had 152 persons on board, including six crew members.

The aircraft was completely destroyed and all souls on board the aircraft, sustained fatal injuries.

Captain of Air Blue flight ABQ202 violated the prescribed Circling Approach procedure for RWY12 by descending below MDA (i.e 2,300 ft instead of maintaining 2,510 ft), loosing visual contact with the airfield and instead resorting to fly the non-standard self created PBD based approach, thus transgressing out of protected airspace of maximum of 4.3 NM into Margallas and finally collided with the hills.

The accident was primarily caused by the aircrew who violated all established procedures for a visual approach for RWY12 and ignored several calls by ATS Controllers and EGPWS system warnings (21) related to approaching rising terrain and PULL UP.

Air blue crash has been finalized as a case of Controlled Flight into Terrain (CFIT), in which aircrew failed to display superior judgment and professional skills in a self created unsafe environment.

In their pursuit to land in inclement weather, they committed serious violations of procedures and breaches of flying discipline, which put the aircraft in an unsafe condition over dangerous terrain at low altitude.