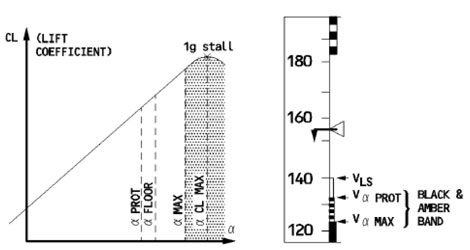 At 08:47, the flight crew confirmed that the special report about the thunderstorms at Destination airport (see Appendix I) sent by CSC Dispatching Office was received.

Since then, the crew asked Destination ATC tower for update and confirmation of the weather condition at terminal area four times, and received responses “the terminal area is covered by thunderstorms ; forecast says it will turn better by 10am”, “some planes ahead of you diverted to Nanjing”, and “strong lightning is observed to the west of the terminal area” (see Appendix II).

When the plane entered into the terminal area, the ATC tower agreed the crew to join the downwind leg to perform ILS approach. At 09:29, strong thunde storm, together with unsteady wind in direction 340 at 7 m/s, hit Destination terminal area.

“The Crew Resource Management was a chaos”.

The crew pulled out the speed knob of the Flight Control Unit (FCU), and manually selected target speed of 131kt.

Auto Thrust was taking up slowly, but the speed was still decreasing with deceleration rate of 7kt per second (see Appendix III).

The plane started to nose down from the maximum Angle of Attack of 33.40 degrees, together with rolling to the right and losing altitude.

As it took up speed gradually, the plane got recovered from stall condition.
In this course, the maximum bank angle to the right reached 43.59 degrees, the maximum beta depression angle was 5.98 degrees, maximum sink rate was 3924 feet/min.

“Glide Slope warning“, “Pull Up warning”, and “Sink Rate“ GPWS warning were triggered one after another. During descent, after the plane started to take up speed, the crew controlled the plane to gradually recover from the adverse condition and start to gain altitude, during which the lowest altitude was 884 feet.

As the plane climbed to 2924 feet, the crew manually reset the 2 FACs successfully following the ECAM procedure.

After this, the plane diverted to Ningbo airport, and landed safely at 10:11. After landing, maintenance engineering checked the aircraft system to be working normally. The flight crew placed phone calls to the head of CSC Flight Operations department and Dispatch office to report on this situation. Sichuan Airlines decided to have this crew and plane continue to perform the flight after.

Findings for Sichuan Airlines flight 3U8949 are :

In accordance with article 3.13 of Civil Aircraft Incident, Sichuan Airlines flight 8U8949 is a serious air transport incident, caused by flight crews’ inappropriate decisions and handling under adverse weather conditions.